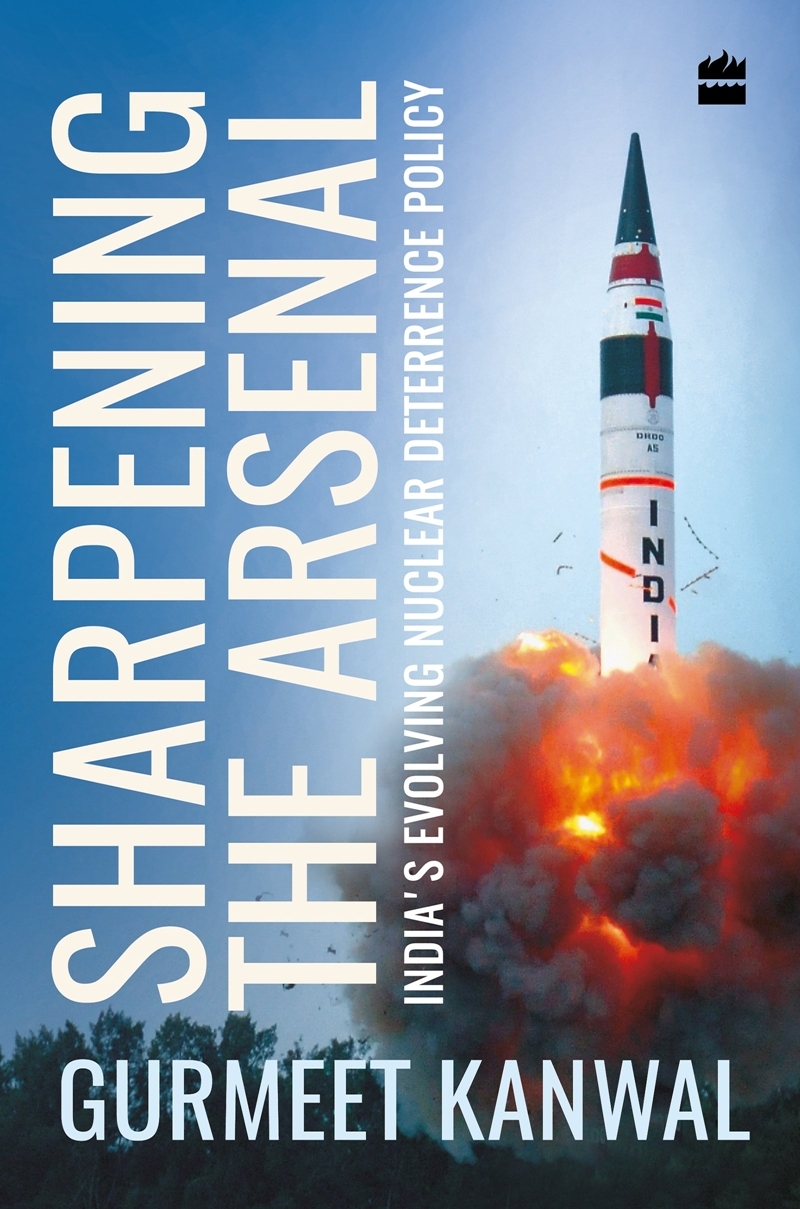 Si vis pacem, para bellum: If you want peace, prepare for war. It’s a thought, sobering and saddening, that we haven’t changed much in over 2500 years of civilisation. Ancient texts of China, Greece and Rome reportedly contained the seeds of this idea. It implied control over large numbers of men, well-trained, well-armed and disciplined; it also implied a reputation of strength, built through sabre-rattling, both on and off the battle-field.

Down in the 21st century, the scene is the same – only more deadly: huge numbers in uniforms, standing, fighting or ostensibly “keeping the peace” somewhere on the planet backed by weapons of mass destruction. Sabre-rattling (now, nuclear signalling) is seen in awesome displays of raw military power in ceremonial parades and elsewhere. Where does India stand?

Gurmeet Kanwal, presenting a dispassionate analysis, starts on the premise that South Asia is the most unstable region in the world after West Asia – though Bill Clinton’s assessment during the Kargil conflict that it is “the most dangerous place in the world today” may not be far from the truth. With Chinese and North Korean nuclear weapons capability since the ’60s, India since 1974 and Pakistan since 1986-87, coupled with radical extremism, the narcotics-terrorism nexus, and the proliferation of small arms, plus “the volatility inherent in the rule of despotic regimes”, we have a veritable powder keg. We also have the Af-Pak cauldron, internal challenges of Sri Lanka, Bangladesh, Nepal, Tibet and Xinxiang, and Myanmar.

Against this backdrop of chronic instability, the book examines the relevance and sustainability of India’s Nuclear Doctrine, which, in short, says: “No First Use”. This implies adequate levels of deterrence, our ability to survive the “first attack” – and our ability to gear up our counter-attack in the shortest possible time.

The problem with no-first-use is that the first attack could result in heavy losses including the nuclear warheads and delivery systems. The doctrine is justified by citing the major international gains, including the lifting of economic sanctions, the removal of technology-denial regimes, civil nuclear energy-cooperation agreement and accommodation in multilateral nuclear export-control regimes. Long before this, from the mid-80s, defence analysts have advocated a minimum deterrence capability.

Manpreet Sethi of the Centre for Airpower Studies, New Delhi, says that a nuclear doctrine is rooted in the strategic culture of a nation – which can change only “when the nation decides to amend its core values and belief systems”. Defence Minister Parrikar, however, voiced the need for “unpredictability” as a component of deterrence. The Ministry clarified that this was the Minister’s personal opinion but Bharat Karnad (member of the Nuclear Doctrine-Drafting Group in the first National Security Advisory Board, and author of Staggering Forward: Narendra Modi and India’s Global Ambition) commented that this was the monkey-wrench that was needed to be thrown in the works.

In an article (published May 11, 2018), he says after the 2008 deal with the US, India has restricted its arsenal to the 20-KT weapon/ warhead, and has stopped work on (a) the 12,000 km-range ICBM project and (b) the testing of the indigenous MIRV technology to launch several warheads from a single missile that’s been available for the last 15 years. Pakistan, on the other hand, has 130 nuclear weapons/warheads, enabled by the “rogue nuclear triad” (North Korea, Pakistan and China). Our leaders are more intent on polishing our reputation as a “responsible power”, says Karnad. Pakistan has based its strategy on the first-use of nuclear weapons and refuses India’s offer of a no-first-use treaty. China despite its no-first-use posture refuses to have any pact with India on various complex grounds. India believes that nuclear weapons are political, not weapons of war-fighting, their sole purpose being to deter the use/threat-of-use thereof by India’s adversaries. Kanwal assures us, however, that nuclear drills have been held to ensure that “the missile groups can deploy in a realistic time frame… in the eventuality of a nuclear strike.”

Ostensibly en passant, he mentions that the early nuclear research and development was conducted by the civilian Atomic Energy Commission, with the military’s DRDO only being co-opted at a later stage; the armed forces were not in the loop with “an almost complete disregard for operational matters”. India’s nuclear weapons are firmly under civilian control, and the elaborate system (Nuclear Command Authority, the Political & Executive Councils) reduces the risk of accidental and inadvertent launch and enhances peacetime safety.

About the future, Kanwal observes that with growing and overt nuclear ambitions, India must modernise its nuclear warheads and delivery systems, and makes a strong point for increasing investment in Defence beyond the current 1.6% of GDP. India must enhance the quality of its nuclear deterrence and preparedness while simultaneously working towards achieving total nuclear disarmament.
The book is an eye-opener with a difference: Sleeping comfortably will not be easy after you have read it!