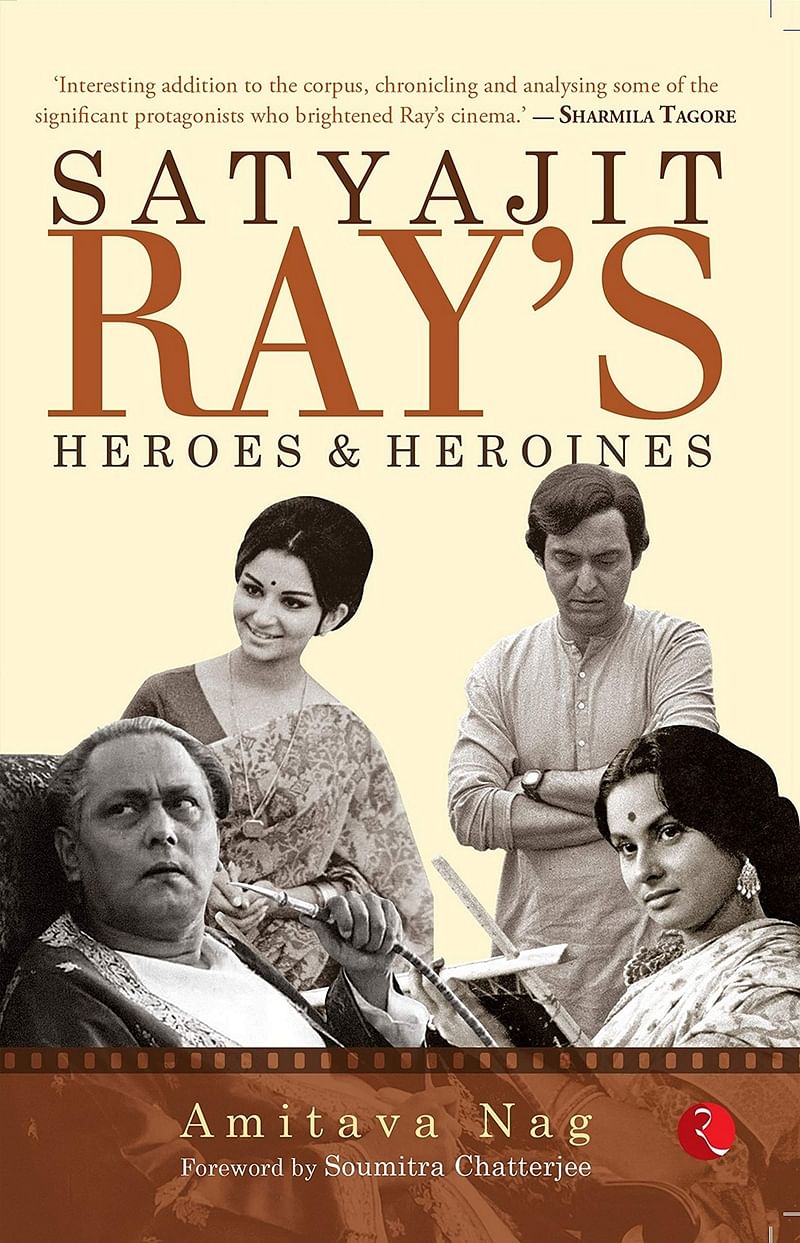 While trying to convince Arindam Mukherjee (Uttam Kumar) to not join movies, his mentor, Shankar-da says that ‘actors are mere puppets’ in films. This idea that auteur Satyajit Ray introduces in his film ‘Nayak’ (The Hero) ironically holds true about his movies also. Ray had such clarity about his characters, enhanced by his being an illustrator, that casting played a key role in his films. While many actors who have worked with him say that they were given space to explore their characters, their statements also suggest that that was the case as long as the additions fitted in with his vision.

Many books have been written on Manik-da (as Ray was respectfully called) and the latest inductee into this ever-expanding library is Amitava Nag’s book Satyajit Ray’s Heroes & Heroines. The book collates a lot of information that’s there in the public domain along with quotes from actors and experts. The book gives some insights into the world of Ray, and as such is a good reference for his fans and newbies who wish to enter his universe.

But, that wasn’t what the author wanted anyway since he had revealed that his reason for writing this book was to introduce most of Ray’s actors to the non-Bengali speaking world.

Getting a peek-a-boo into the modus operandi of the genius, be it his casting or direction of actors is a truly enriching experience and we do get some special revelations like how Ray directed Chabi Biswas, who didn’t have musicality, in Jalsaghar, a film that has him being a classical music aficionado. These tricks of the trade, so to speak, are a treasure trove for film students as is Ray’s exemplary handling of children and non-actors.

The book takes a unique analytical perspective as the author peels away at Ray’s legend to reveal his oeuvre, but it feels at the same time very personal. Here’s an example, “In Ray’s films, the protagonists primarily reflect what the upper-caste Brahmins look like… The ones who are not, like Rabi Ghosh or Santosh Dutta or even the legendary Utpal Dutt, are there either for comic relief or to portray grotesque negative characters.”

Having said all that, there are some flaws too that stop the book from being called a seminal work on the auteur. The author’s hero worship of Soumitra Chatterjee is distracting and the thespian’s ghostly presence in the chapters on other actors undermines their profiles. Ray, may have himself, paid tribute to Soumitra, by saying “…of my 27 films Soumitra features in the main roles in 14… This itself will prove what trust I have in him and how I value him as an actor. I do know that to the last day of my artist’s life, my dependence on him will remain intact.” But like Ray felt Soumitra wasn’t the right fit for Goopy Gyne Bagha Byne and so didn’t cast him, Amitava would have elevated the book by reducing the amount of references to Soumitra.

The limited space given to such actors like Aparna Sen and Charu Prasad Ghosh also hurts the book. Also, there may be a whole chapter on screen legend Uttam Kumar, but it still feels inadequate. As does the lack of mention of some other significant actors like Gobinda Chakraborty, who acted in five Ray films. But these grouses are ones that every Ray lover will have with every work on him.

Thus, while some Ray devotees may feel that it is missing that special flavour that would make it a collectable it makes for an easy, interesting and insightful read and ideal for those who don’t know Ray’s ‘puppets’.