Russian Roulette: The Inside Story of Putin’s War on America and The Election Of Donald Trump by Michael Isikoff and David Corn- Review 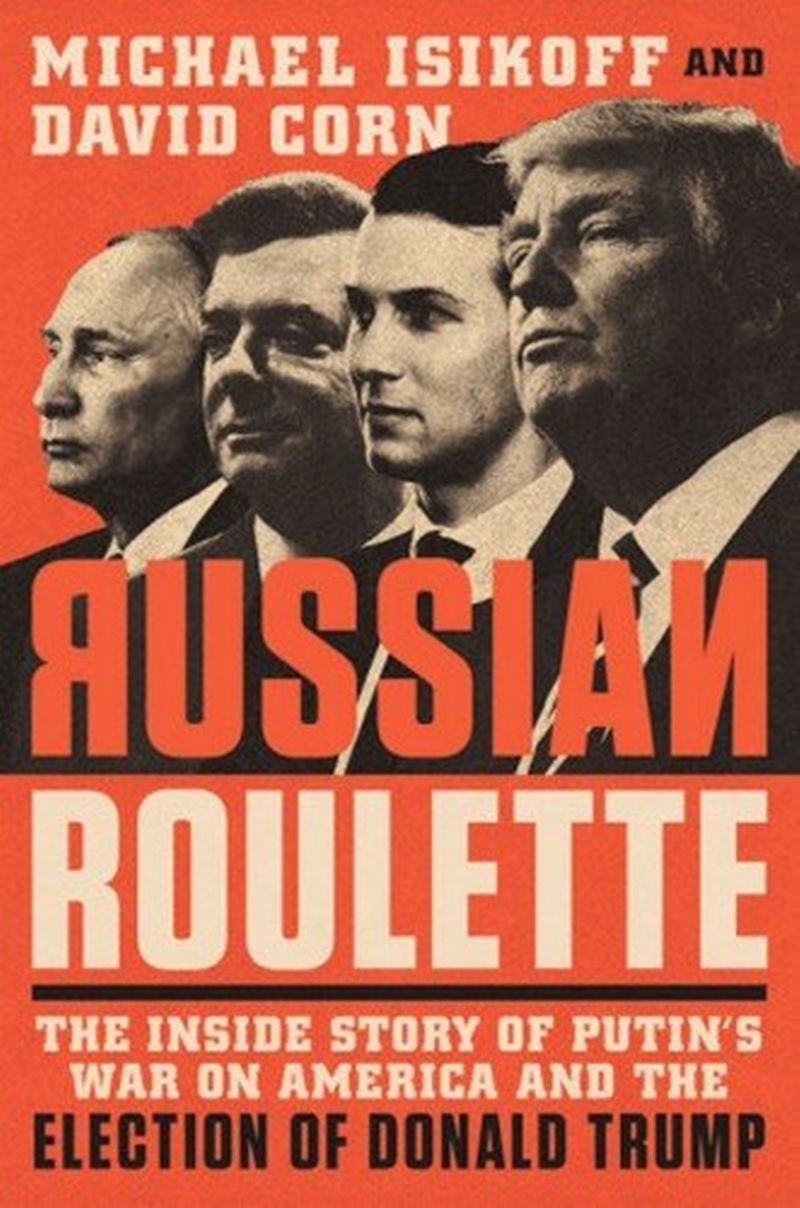 Title: Russian Roulette: The Inside Story of Putin’s War on America and The Election Of Donald Trump

Among the surprises of 2016, Brexit and Trump will surely head the list. Both had half the respective populations waking up with dismay over “what happened!” While Brexit threw up 51.9% “leave” votes against 48.1% of “stay”, Trump had 46% of the popular vote against Hilary Clinton’s 48.1%, but he sailed through with the Electoral Votes. Although this is the fifth time a President has entered the White House “without a popular vote” – the last was George Bush in 2000 – Trump’s election will go down in history as the most controversial presidential election. The Russia factor made it so – and continues till today along with his own ranting rendition of South-of-the-border.

Was it Russia or the ill-timed FBI investigation into Clinton’s “missing” emails; was it his appeal to “Make America Great Again” or his supreme disregard for political correctness; that got him into the White House? Are the 20-plus persons in high places who have either resigned or been sacked since his swearing-in a part of a grand scheme, beyond mis-matched ideologies? Is his praise for authoritarian leaders (Kim Jong-un, Erdoğan, Saddam Hussein and, particularly, Putin), and his “emergency” powers mere embellishments to a colourful character?

Isikoff and Corn, in the book under review, look at the Russian angle, fleshing out the theories of conspiracies and the ‘foreign hand’. As an example of the power, extent and aggressiveness of Russian intelligence penetrating government, business and media networks all over the world, they cite the cyber-attack on the Estonian government. Russia is reported to have shut-down the country’s banking system, sanitation and websites of the government and news agencies for several days — all because they removed a statue of a Soviet soldier. This is new warfare — a chilling reminder of Orwell’s 1984 and the Ministry of Disinformation.

The book reads like a novel (one cannot resist the temptation to compare it with All The President’s Men by Woodward and Bernstein about Watergate Scandal) with shades of Frederick Forsyth and John le Carré. It moves intriguingly through Trump’s ownership of a beauty pageant conveniently held in Moscow; his dream of a Trump tower; records of conversations implying Trump’s interference in the investigations; his alleged sexual predilections; … and Putin’s lack of reaction to Obama’s sanctions (reportedly because he knew the sanctions would be lifted soon). Isikoff and Corn cover all events and undercurrents that led to Trump’s triumph with the deftness of seasoned storytellers — linking the murder of Litvinenko, ex-FSB defector, in London in 2006, Hilary’s unpalatable remarks (to Putin) about the 2011 Russian elections, and an article by the Chief of Russian Armed Forces, suggesting a new form of conflict through hackers and skilled propagandists trained in exploiting rifts within the ranks of the adversary.

While the truth about the Russian hand will never really be known, the authors have one purpose: To prevent a future attack — a purpose that is clouded by the current paranoia.