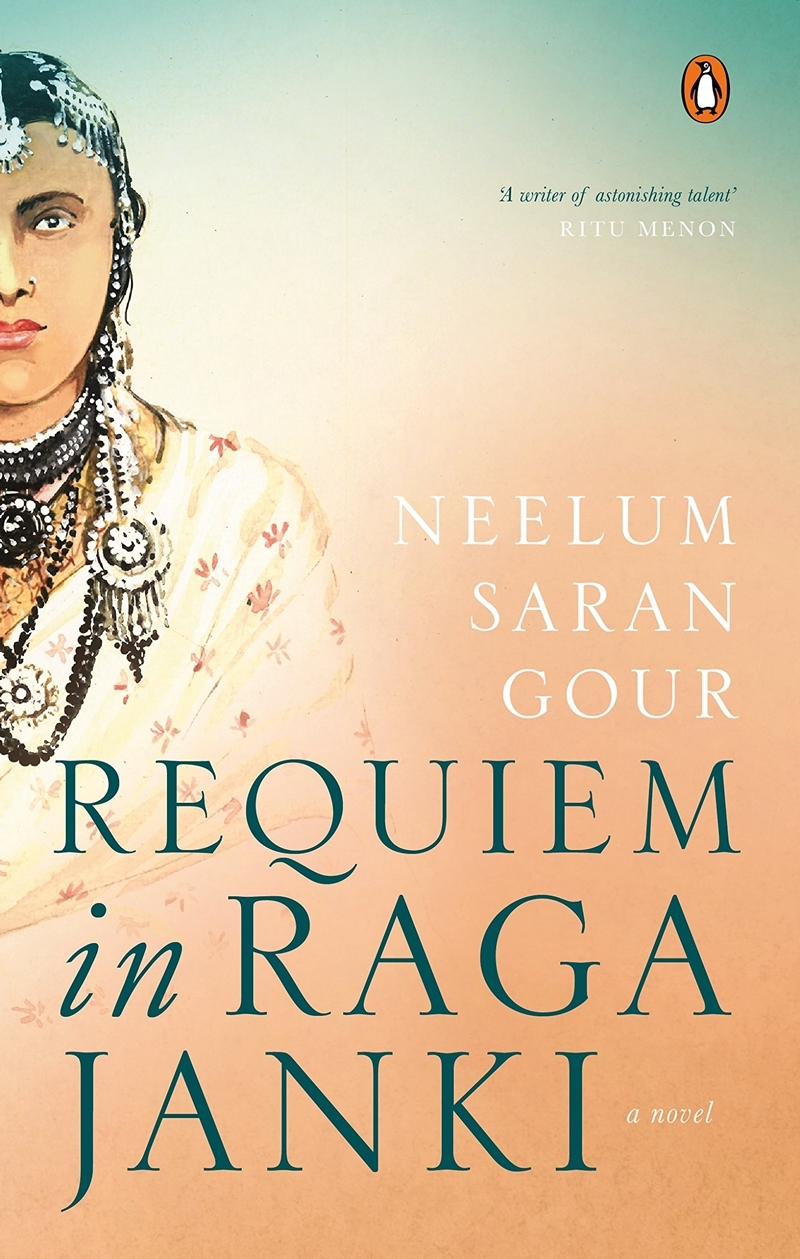 Approach Neelum Saran Gaur’s present work with caution! There is depth here which one may not dare delve into, and heights billowing beyond mere befuddlement. One hangs, like the neophyte sky-diver, straining to hold on…to a stream of wind, a puff of cloud…or a whispered prayer…until one floats on the strains, the harmony, and the peace, hoping against a too-early touchdown to earth. She chooses to call this “a novel”, a medium that lends itself to creation, modulation and personalised presentation…much like the primordial drawing out of the raga – as it moulds, guides and lifts the audience on “the crest of a sumptuous emotion that keeps them afloat or capsizes them at will.”

There’s a lyrical air about her narration, a near-scriptural intonation that pervades the volume – as ‘Rasika’ recounts “things told to me by my Ustads and their Ustads” in true sub-continental Smriti-born stories of musicians and songstresses and conquerors and benefactors; of love and art, betrayal and loneliness, and God, right through the ordinary events of an extraordinary life that rendered siren-like and mystical, those ribbons of musical notes, as they waved and fluttered into and out of the consciousness…that to be enjoyed need to be experienced.

The story is about the singer, Jankibai Ilahabadi, born in Benares in 1880 to Manki and her wrestler-husband, Shivbalak. Her move to Allahabad is a story by itself involving the father’s infidelity and desertion, her being sold to a ‘kothewali’ along with her mother, her being stabbed viciously (earning for her the name of Chhappan Chhuri, and terrible, permanent disfigurement), her mother’s discovery of her incredible talent…and the emergence of the thumri protagonist, chrysalis-like, hesitant, disfigured, but flying on the wonderful, vibrant-coloured wings she developed. Neelum humours the reader – as much as the related folklore – as she relates three different versions of how the attack took place.

As Janki grows we read with sadness the deterioration of her relationship with her mother, particularly after Janki’s conversion to Islam. We read with awe of the performances before the high and mighty of the land. We enjoy the intellectual exchanges between her and Akbar Hussain, poet, judge, humorist. We also see the awakening of love, leading to her marriage with Haq Sahib, and the terrible failure of that relationship. We see her adopt a son and the deep disappointments that followed, partly fuelled by her husband’s subterfuge; the “adoption” of a daughter and the doleful end of that happiness.

Take the facts as they occur, but watch how the author keeps you glued to the changing, twisting fateful turns in the several relationships – and how Janki grows from that unwitting member of a house of ill-fame to the manner in which she handles glory. The pinnacles include participation in the 1911 coronation durbar, the Maha Kumbha Mela and the great industrial exhibition of the United Provinces – in the company of another great performer of the time, Gauhar Jaan of Calcutta. It was only expected that the gramophone companies would pursue her…

The first chapter sets the mood for the ensuing musical session that will keep the reader engaged in the magical transformation – in a compelling rhythm of Hindi and Urdu expressed in elegant English prose; where the music, says Neelum, saturated with the sap of sensuous love, soaked through and through in longing and desire, becomes as much a celebration of the heart’s finer moments, a flourish of the body as a flight of the soul.

Much credit is given to the tutor, Hassu Khan, whose basic tenet was that human effort alone will not do. “You need the descent of grace,” he taught, “be [assured] that shall come when you have submitted your best for divine acceptance, making your music an offering, not an achievement.”

Later in her delusional moments when singing became a travail, she ponders: The larynx is a distended loop of sore cell stuff battling a rasp, and a drag and a haul of tortured breath; interminably, till it brought up blood. She calls upon her Maula to take away her pain; he demands her song in exchange. She half-raises herself to sing… her last.

André Maurois had said that a great biography should … leave behind it a feeling of serenity… It is the dying refrain of a completed song, the final verse of a finished poem. Requiem in Raag Janaki is a great biography.