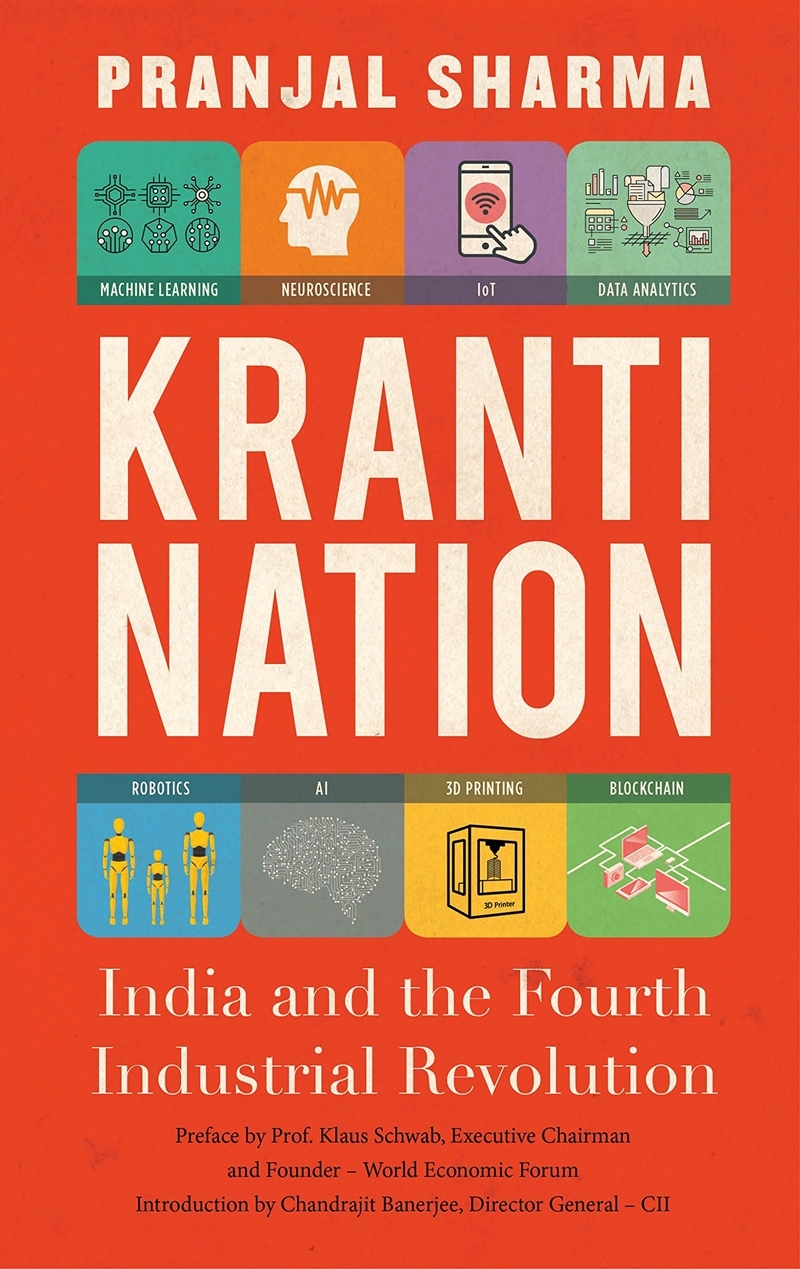 Whether at the individual level or the global, our unending quest for improved quality of life has resulted invariably in de-humanising relationships. The first industrial revolution pulled us through its highs – and the horrors of child labour; the steam engine prompted the second industrial revolution with its mass production, urbanisation, exploitation of labour, and environmental pollution, not to forget the two world wars; the third revolution (Digital) quickly gave way to the internet-based frenzy, the Fourth Industrial Revolution (FIR), with its radiation-based diseases, and its super-connectivity that is destroying human interaction.

In his Preface, Professor Klaus Schwab, Executive Chairman and Founder, WEF, remarks that the technological revolution is changing ‘even what it means to be human’, making it critical to ensure that India’s experience and leadership of the FIR is used to make it both human-led and human-centered, the future thus being sustainable, inclusive and values-driven. Every revolution had those who longed for ‘the good old days’. This was part nostalgic indulgence, part fear of the ‘unknown’. ‘Disruption’ though, is the menacing word of the decade.

India has had its share in fuelling this ‘disruption’ the world over. Thanks to the educational institutions available at the appropriate time, we could support the burgeoning overseas demands for qualified personnel and, with equal ease, we could absorb advanced technologies like artificial intelligence (AI), the Internet of Things (IoT), 3D printing, advanced robotics and neuroscience.

Kranti Nation is a proud presentation of the speed with which Indian industry leaders have brought these technologies into their mainstream activities. However, according to a recent newspaper report, although India has considerably increased its use of robots, we are still far behind North Korea and China who have installed 631 and 68 robots (respectively) per 10,000 workers in the manufacturing sector compared to India’s 3; the newspaper also says that in 2018 a billion people will create their own Augmented Reality; and the Govt of India is now mulling over the use of AI and Robotics ‘for national security and defence needs’. Pranjal, however, observes that India is one of the fastest growing consumer business markets globally – and yet has 900 million people without internet access.

Anyway, after dwelling at length on purely technical companies like Siemens (cyber-physical world), Kirloskar, Marico, GE, and Honeywell, Pranjal moves to GreyOrange which pioneers robots in logistics (in Flipkart, Jabong and Mahindra), and DHL with its Augmented Reality. The example of Renault India shows how Virtual Reality enabled ‘remote inspection’ of the interior of the car, and allowed mobile-based booking from anywhere in country; a brief reference is also made to Smartshift – which leverages technology for Mahindra. If the reader still doubts the incredible reach of technology into their lives, there is mention of Uber, Ola, and RedBus, OYO and MakeMyTrip – and the behemoth of Indian transport, the Railways.

A fascinating area of technology-driven penetration into the remote interiors of India is that of telehealth services. Whether it is the treatment of diabetic eye-disease detection (Google’s AI First Strategy) or Fortis’ ‘Connected Care’, one of the key consequences of health transformation through technology is “the ability to provide access to the best healthcare to a largest segment of the population at an affordable price”. This is significant vis-a-vis India’s bed-to-patient ratio which is the worst in the world. Reference is also made to Practo, a company that helps patients discover the best doctors in the disciplines as well as an entire ecosystem in healthcare practice management. Very soon, robots will play a bigger role in the earlier stages of healthcare like first level diagnosis (reading medical scans, images and videos) – an area Sigtuple has been working on.

Technology in the Hospitality and Travel industry, Agriculture and Food, and Education (particularly skill-building), and Energy are dealt with in a fair amount of detail. Banking and Finance, says Pranjal, has created the biggest Kranti in India.

Consumer preferences, says Pranjal, will not be collected from ‘focus groups and surveys’; they will be extracted by sellers: ‘consumers may not know it and may not like it, but each of the consumption acts are leading sellers to know them better and better’. As we progress in the use of AI, horrors of the cyborg and Skynet loom at the edges of our consciousness – rendering Huxley’s ‘Brave New World’ with its hatchery-produced humans a relatively saner projection.

Pranjal Sharma’s concise presentation of several companies and their progress in the use of Artificial Intelligence and Robotics is an eye-opener is more ways than one.