Journey to Lhasa: The Diary of a Spy by Sarat Chandra Das and Parimal Bhattacharya- Review 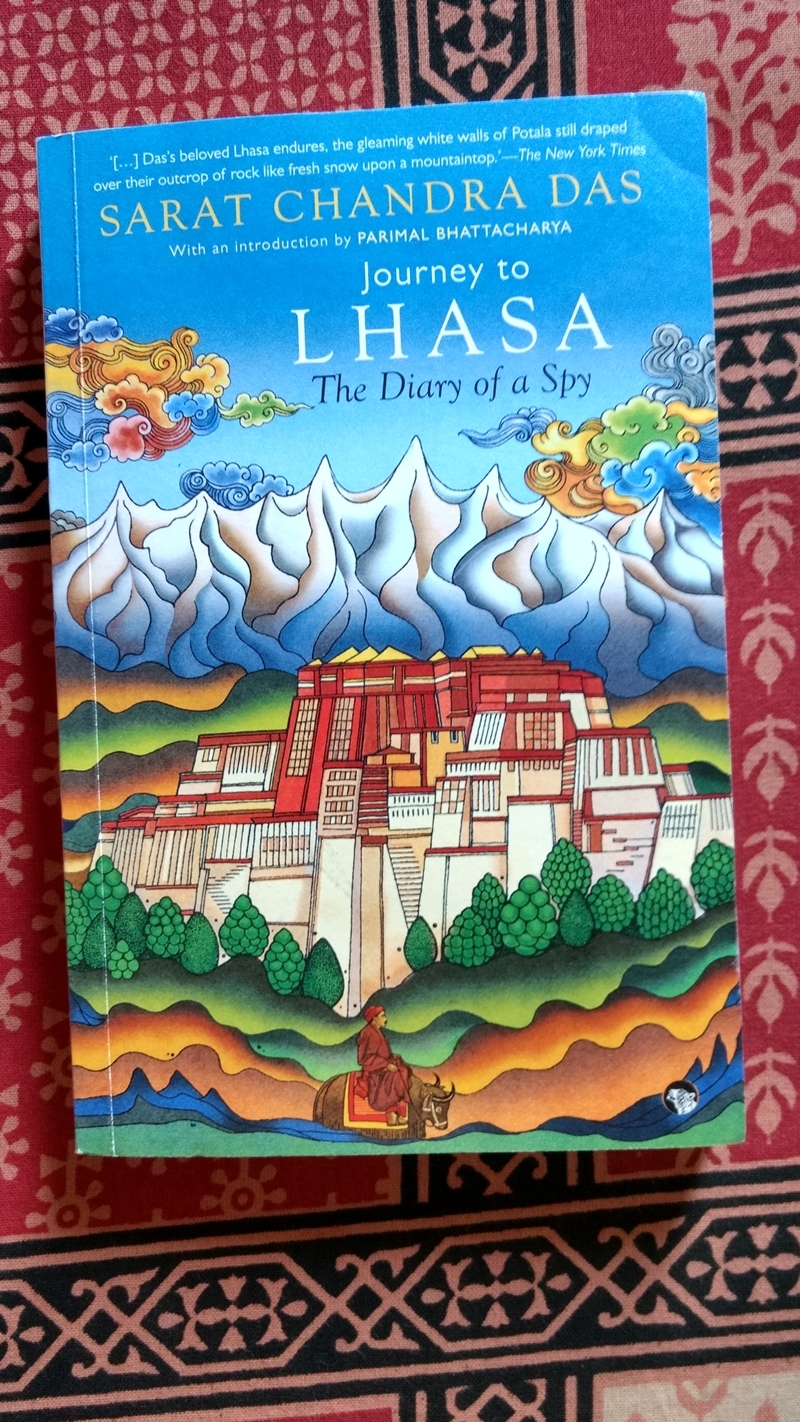 Title: Journey to Lhasa: The Diary of a Spy

Himalayas are always a fascinating story. Lots of Bengali writers wrote about past stories of Himalayan adventure like ‘Deshe Bideshe’ by Syed Mujtaba Ali. During same time some Bengali writers wrote about their American experiences also. So in this celebrated Bengali tradition, this book is interesting. It depicts Lhasa and surrounding areas in circa 1881-82. In a way, this is time travel to Lhasa which may be lost forever.

It was an age of great game where Russia and China on one side and the British Empire on the other side are trying to beat each other. In this great game, people like Sarat Chandra were used as a pawn. And after some 30 years ultimately British won this great game. It is worth noting that as, today, we have completely forgotten the cold war era espionage stories, the same way Sarat Chandra was forgotten immediately into the beginning of the nineteenth century.

Sarat Chandra was not an explorer and that is a big shortcoming of this book. This is just diary of a spy. So you get lots of information but for ordinary Reader’s point of view, they are all boring. And the book is written in diary format so when protagonist travels nothing happens. And Tibet is Buddhist theocratic country. This works both the ways. If you are interested in Buddhism then it is great but if you are not then it is boring.

But all is not lost. Particularly last chapter is compilation of various information about Tibetan life. It is fascinating. It is a kind of treasure trove about Tibetan life. Particularly social status and position of women in Tibetan society were far better than Indian women. This is very surprising. In Tibetan society divorce is treated like commodity – whoever wants it pays to the other party. There is no gender bias. And there is no alimony! Compared to Tibet we have to make lots of progress in India on social front.

Like this there are other gems too described in this book. But if you’re expecting some adventure like Indiana Jones series then this is not a book for you. It provides a glimpse of a society where wheel is not part of life. So it is a kind of education for millennial generation to understand how and why animals are so important to human society.

It is important to note that this edition is published with the introduction of Parimal Bhattacharya. This introduction provides a perspective and put this Work in context. It is a worthy value addition.

Basically, Sarat Chandra was a spy hired by Britishers to enter in Tibet. But after entire adventure, India and Tibet maybe lost as colonies but gained as civilizations. When protagonist returned, he brought lots of ancient books with him in India. And he built Lhasa Villa in Darjeeling where he even compiled maybe first Tibetan language Dictionary. This place, Lhasa Villa, was a famous centre for Tibetologists.

In the later years of his life, Sarat Chandra embraced Buddhism with zeal, wrote copiously on spiritualism and even founded the Buddhist Texts Society.