Interrogating My Chandal Life: An Autobiography of a Dalit Paperback by Manoranjan Byapari, Sipra Mukherjee-Review 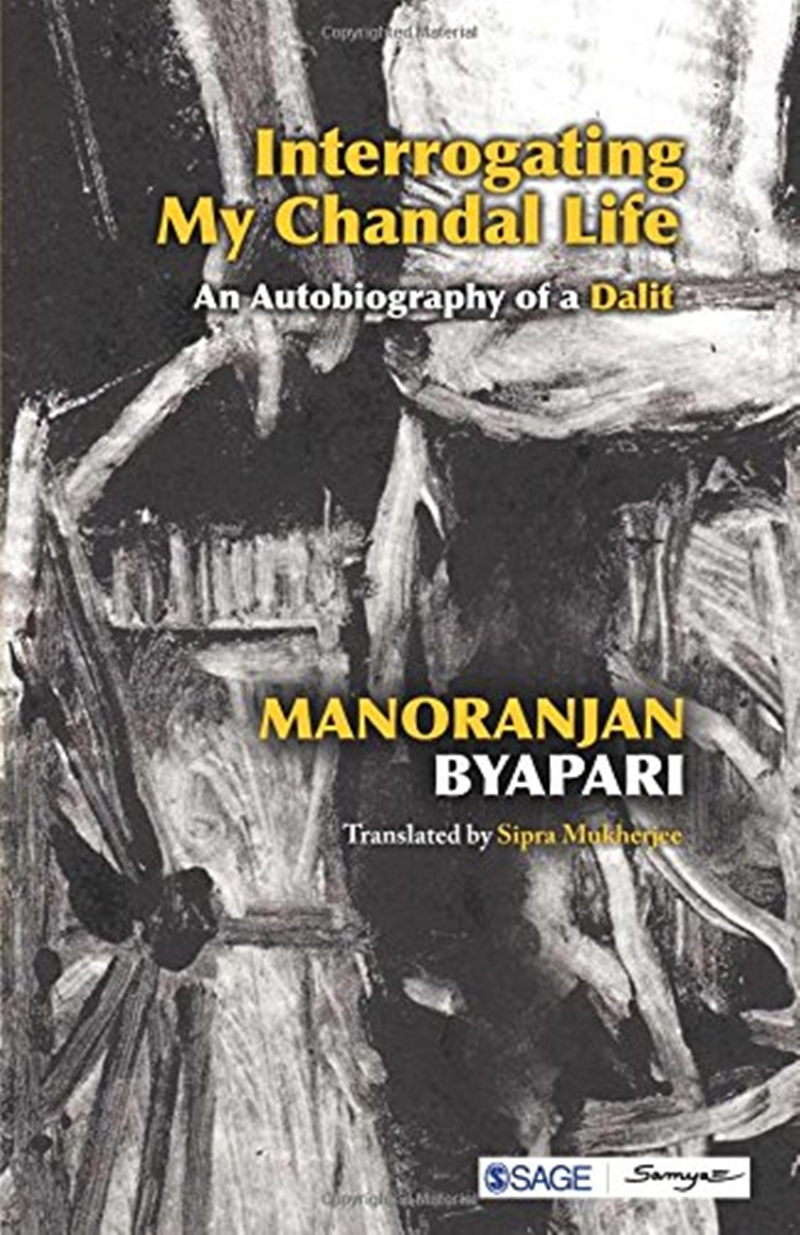 This is an autobiography of a man who incessantly suffered in life and lived a wretched existence until destiny smiled and took pity on him. So much so that today his books are being read and reviewed. But he didn’t get success on a platter. He earned it by dint of perseverance, indomitable spirit, never-say-die attitude and irrepressible optimism.

There’s an ironic English proverb: Destiny favours those who don’t believe in it! Yes, Manoranjan didn’t believe in fate or destiny. He worked hard to turn destiny’s smirk into a smile, a benign and benevolent smile at that. His whole life is a manifestation of this Urdu couplet, Sulagti ret pe talve lahoo-lahoo karna/Phir uske baad gulaabon ki aarzoo karna’ (Let your feet bleed on the scalding sand/ Then only, will you be able to shine in life and stand).

A person who learnt the alphabet in prison (he got caught up in the Naxalite movement and took part in the gang warfare) at the age of 24, writing a memoir and getting appreciation for its candour is no mean feat. It must be lauded wholeheartedly. Every page of this book is a proof of the man’s struggles and predicaments. There is not even a scintilla of self-pity or a trace of wallowing in masochistic self-lambasting. The author has written the book in a matter-of-fact manner with verifiable references without attempting to seek his readers’ lachrymose sympathy. Here is an example to strengthen that. Writing about his marginalised community, Byapari quotes Tagore: “A thousand years after becoming Chandals from Namashudras, how was the life of this community?”

Rabindranath Tagore in his essay, The Claims of Dharma written in 1911 says: “I went to the village and saw that the Namashudra fields were not cultivated by others. No one reaped their crops, no one built their houses. In other words, the cooperation that one human being can expect of another in order to survive in this world has been denied to them. Our society has judged them as unworthy of receiving that humanity and for no fault of theirs, we have made their lives difficult and unbearable, and are condemning them to this punishing existence every moment of their lives from birth to death.”

We talk about equality and egalitarianism. But where is that? A Dalit is still trampled. He is still the society’s ‘beast of burden’. By the way, Dalit is an abbreviation of Pad-Dalit (trampled and booted out). This is somewhere a blot on the escutcheon of Hinduism because Dalits were and are still integral to the ‘all-encompassing’ fold of Hinduism. How individual tides over all hurdles and turmoils in life can be seen and felt while poring over Manoranjan’s poignantly engaging autobiography. It brings tears to your eyes.

His disarming outspokenness floors the readers. Here is a couple of lines from the last page of his memoir: “This was the same land where Bhagwan Ram killed Shambuk for daring to yearn for knowledge and where Guru Dronacharya asked Eklavya to sacrifice his thumb for daring to aspire to the vocation of the Kashtriya.” Got to say, chillingly piercing.

Here, one is reminded of Dr B R Ambedkar’s volatile book Riddles of Hinduism. Though written in a different context, Ambedkar also questioned the socio-religious correctness of the actions of Hindu gods and goddesses. One must, therefore, say that Byapari is in an exalted company!  Byapari has not forgotten those who helped him reach where he’s today. This amply shows his sense of gratitude a la Robert Southey: ‘My cheeks have often been bedewed/With tears of thoughtful gratitude.’

Lastly, Sipra Mukherjee’s rendition of Manoranjan Byapari’s autobiography into English is smooth and flowing. She has got the gist very well and retained its true spirit. Translating an original text with rough edges into a polished narrative needs command of both the languages. Sipra has that aplenty. Kudos to her.

To encapsulate, this is an unputdownable book for those who prefer soul-searching reading. Byapari is bound to go places. His life is an inspiration to all. It motivates and galvanises the readers and teaches them to be fearless and optimistic in all circumstances. Yet, as a reviewer, I’ve a reservation about pigeonholing a book as ‘a piece of Dalit literature’. Do we say ‘Upper literature’? Literature is literature. It’s nameless and also brand-less. Categorising and branding it into condescending nomenclatures is something that gets one’s goat.

Readers may be aware that the patronising term ‘black’ literature is no longer used in the literary circles of the US and western world. It’s considered to be as derogatory as calling a coloured person, ‘negro’ or ‘nigger’. If at all we want to segmentise literature, we can use ‘marginalised literature’. Even that’s not politically very correct. Because, the moment a reader gets to see a work of art under a certain tag, rubric or banner, he/she tends to get prejudiced. And the cardinal objective of literature is never to prejudice
a reader beforehand. Let him form his independent opinion and create his own space.