Inferior: How Science Got Women Wrong – and the New Research That’s Rewriting the Story- Review 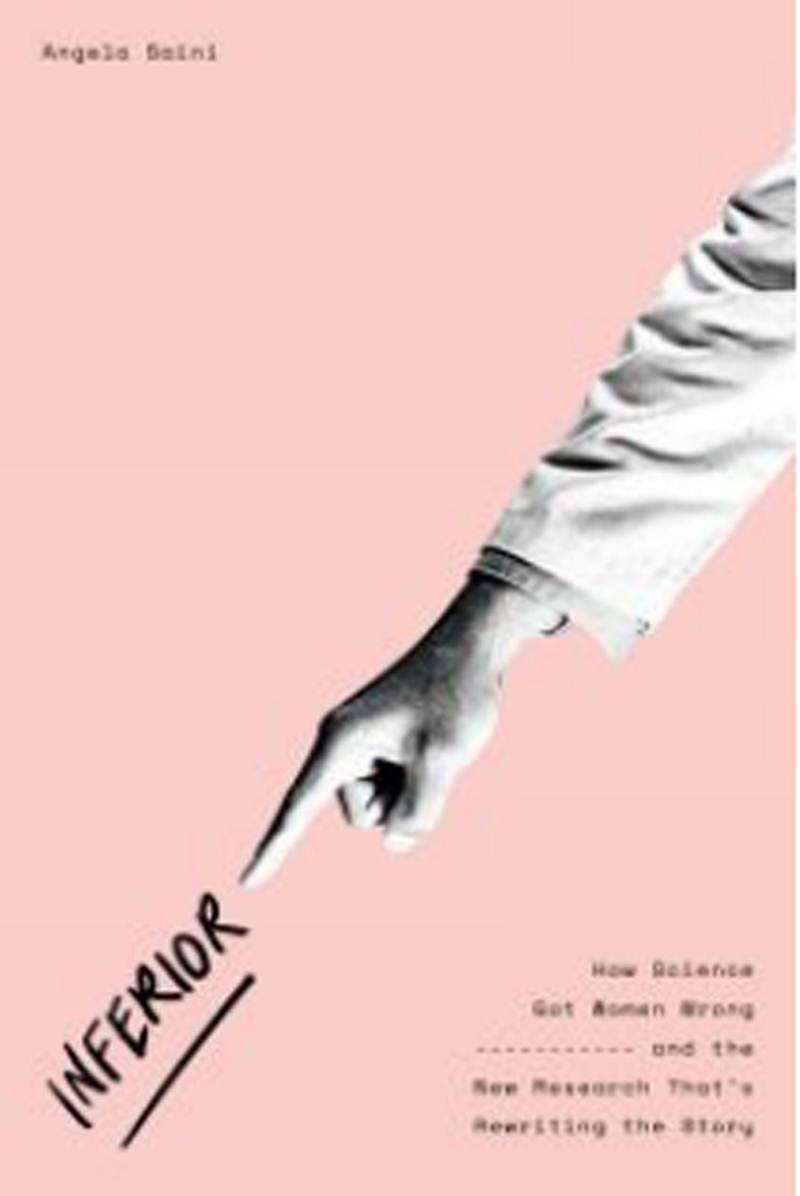 “Inferior: How Science Got Women Wrong… and the New Research That’s Rewriting the Story” by Angela Saini.

The book is a powerful explanation of gender biased accounts of science that continues to shape our social and intellectual lives. The book deflates the general understanding of the nature of science that is believed to be objective, true, valid and value neutral. As far as gender is concerned, the discipline of science has been far from being unprejudiced and in fact has caused deep seated stereotypes that cause violence and exclusion of women in society. In the book Inferior, journalist author Angela Saini describes a disturbing picture of deeply sexist notions woven into scientific research that continue to be preserved and enacted within the scientific community today. Citing 2012 study at Yale University in which more than 100 scientists were asked to assess resumes submitted for a vacancy for the post of laboratory manager, she explains that though every resume was similar (except that half were submitted under a female name and the other half under a male name), scientists rated those with female names significantly lower in competence, they were less willing to mentor them, and offered lower salaries. Also, it was fond that women scientists also exhibited similar biases. Examples such as these and many more make the book an eye opening experience that makes one dwell into gender assumptions that shape our daily lives.

From accounts of whether little boys really do prefer playing with cars rather than dolls, to whether men are naturally the stronger sex, to whether the structure of the female brain is different from the male, to theories of unique sex hormones and even whether a patriarchal society is an inevitability; the book is an engaging read; through data and analysis it  challenges most of the conventional notions of science, sex and gender. The book explains marginalization of women from the discipline of science, “…the sexism of science coincided with the professionalism science. Women increasingly had less and less access.” From limited access to knowledge to being denied recognition the book through interviews and analysis of data, makes a claim that there is a consistent practice of exclusion of women from history of science. It also explains how intervention of women scientists can bring about a radically different body of scientific knowledge.

Exposing the patriarchal basis of well-accepted theories like Darwin’s theory of evolution and evolutionary biology, the book describes the struggles and scientific explanations of prominent Victorian feminists of 18th century to contemporary scientists who have argued for gender equality. It also explains in detail, the experiments conducted in evolutionary biology that challenged the stereotypes concerning theories of sex hormones. It also addresses issues of abortion and female foeticide, the stereotypes concerning the X and the Y chromosomes and addresses issues of biological sex differences in health that are more cultural and social in nature(rather than natural). It raises an important problem, whether physical differences in bodies of men and women naturally lead to intellectual differences too. The book challenges theories of sexual differentiation of brain and research related to the same. It also makes an intriguing claim of moving beyond the faulty ways of thinking in binaries and categorizing humans into boys and girls, rather a positive way would be to understand them as developing systems that are unique, ever changing products of upbringings, culture, history and experience.

The author explains how explorations in neuroscience have been biased and most of the assumptions of the “missing parts in female brains rest on faulty and false assumptions. Fabricating gender bias as being politically motivated the book gives an insight into a new corrective science termed ‘neurofeminism’ that rebels against theories of essentializing. It also attacks the usual roles attached to feminine gender, such as women being naturally domestic, being a nurturer, care giver, emotional, weak and dependent. The books makes a case these characteristics get enacted as they are fixed in culture and environment rather than being biological rules. She punctures all gender biased claims of theories of mating that proclaim women to be more passive and naturally chaste while men being more sexually active. Such an analysis is important to understand how men dominate, the most extreme form being the systematic practice of genital mutilation as a way of repression of women’s sexual agency. Prejudice is so steeped in the culture of science and society that often women are the perpetrators of violence, they discriminate against other women and thus it is intricately overwhelmingly woven into the fabric of a system. In a bold analysis, the book proclaims institutions such as marriage and also as means of systematization of women sexual subordination as double standards that dominate laws of almost all lands pertaining the same. Lastly, it ends with a description of challenges that elderly women face in the area of health care, according to a British medical journal, one of the twelve women being admitted to asylums and hospitals were post menopausal. Stereotyping women with fertility and youth, the medical profession accelerated its research in field of research for prolonging youthfulness among women. This has not only led women to internalize a completely faulty version of beauty but also (dangerously) develop a false understanding of what it is to be a woman.

The book takes us through various conceptual, sociological and factual descriptions in a lucid way that helps the reader grapple with most profound issues. It offers a gender sensitive approach to understanding justice and democracy in society and thus is most urgent and relevant for the times. It offers hope as it elaborates the voices of the scientists who are presently exploring gender through a more modern outlook and revisiting past studies that have left society ill-informed and deeply biased. The author leaves the reader with the challenge to acknowledge and correct the deep rooted prejudices to bring about a truly free and fair society.