Twelve pieces are presented here, some of which are outstanding.
Stanley Coutinho 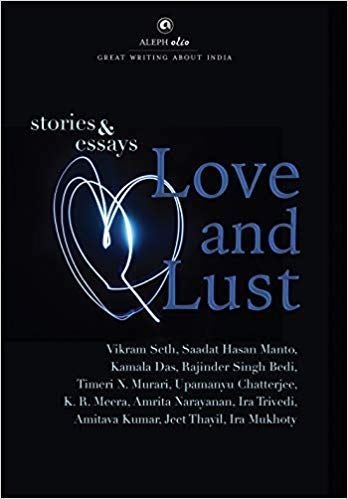 "A Suitable Boy” shows a materfamilias aghast at her daughter’s relationship with a Muslim while, through her hot tears, she discerns the gentle curve of the other daughter’s stomach. Manto’s story “Tang” smells more of racism: with odious references to the easy availability of “Christian girls” and a brief, unlikely but steamy affair with a “ghatan” (a pejorative term describing the local house-maids in Bombay) whom he calls in from the rain. The protagonist forever misses the “odour emanating from the ghatan’s body”.

Kamala Das appears with “A Little Kitten”, a wife’s quiet response to the husband’s philandering, while “Laajwanti” is a poignant account of post-Partition travails; about women abducted and the rallies held to convince families to accept them back without question. Sundar, a prominent leader of the rallies, gets his Laajwanti (also the name of a herb known commonly as touch-me-not) back. Touched, she comes back, wondering if she can ever be the same again. Jeet Thayil presents an extract from his latest novel which eloquently speaks of the rape of monuments in and around Delhi.

Chatterjee (of “English, August” fame) appears here with “Desolation, Lust” where suspected pregnancy – and the loneliness, un-shared, is explored with rare sensitivity; the decision to continue the relationship, or not, is complex. K R Meera presents a rather unlikely cuckolding invoking karmic amnesia, with one party having the burden of total recall…which seems to justify the liaisons across repeated lives. Amrita Narayanan’s “Stolen” on the other hand, is a near-feral story of lesbian yearnings … and their unexpected outburst.

The rambling essay by Ira Trivedi, (through love marriages, and Love Commandos to Bollywood and Khap Panchayats, followed by extracts from Stephanie Coontz’s book and interview), and Amitava Kumar’s “The Lovers”, do not add much value to this collection. “Taj” (Timeri N Murari) is an interesting story of the young Prince Shah Jahan dalliance, while Ira Mukhoty’s story revolves around Humayun in exile up to the birth of Akbar.

A wide range of themes covered in a handy little collection.