Fascism: A Warning by Madeleine Albright-Review 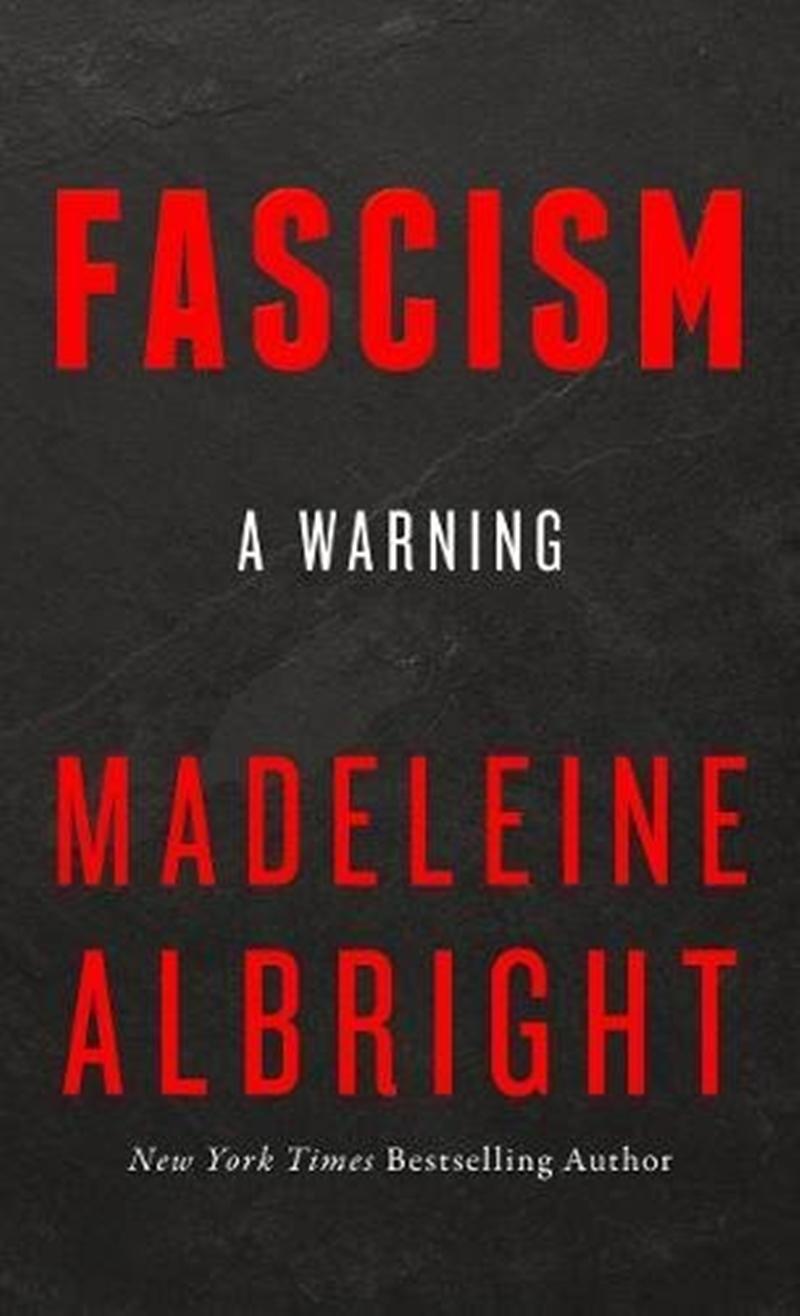 Born in Czechoslovakia when Hitler was building material for Churchill’s Gathering Storm, Marie Jana Korbelová spent her childhood in blitz-beleaguered Britain; back to Prague in July 1945, the young Marie went to a finishing school in Paris and changed her name to Madeleine. The Communist takeover of Czechoslovakia led her diplomat-father to request asylum in the US. At 20 she became a US citizen, obtained her PhD from Columbia University in 1975 and less than 20 years later, she was the US Ambassador to UN (1993-97) and then the first woman Secretary of State (1997-2001). She has survived several controversies arising out of her forthright statements least of which was her campaign for Hilary Clinton: “There’s a special place in hell for women who don’t help each other!”
Her books have mostly been reflections and memoirs except Memo to the President Elect: How We Can Restore America’s Reputation and Leadership (2009) which was meant as a guide to the then new President. Her latest is a dire warning: The frontispiece, with a Primo Levi (a Holocaust survivor) quotation: Every age has its own Fascism forms the substance of what the book purports to be about. Levi emphasises the need to recognise the early signs for what they are, be wary of the danger that when “seen to oft, familiar with her face, we first endure, then pity, then embrace” (Alexander Pope on Vice); danger also of the failure of the Constitution “by the negligence of its only keepers, THE PEOPLE” (Joseph Story, 19th century jurist, Commentaries on the Constitution of the US – 1833).
Albright echoes this fear when she says that the temptation to close our eyes and wait for the worst to pass is powerful and that freedom needs to be defended; problems become opportunities for fascists in the context of weak, divided opposition and the connivance of conservatives; gradually, small aggressions grow into larger ones; the majority that strips a minority of
its rights…

Trump, she says, has decried democratic institutions and principles, degraded political discourse in the US, libelled his predecessors, threatened to lock up political rivals, labelled journalists as the enemy of the American people, spread falsities about the integrity of the US electoral process, touted mindlessly nationalistic economic and trade policies, vilified immigrants and the countries from which they come. He conceives of the world in which every country wants to dominate every other. His eyes light up when “strong men” steamrolled the opposition, brushed aside legal constraints, ignored criticism and so on. While the book purportedly centres on the impending resurgence of fascism in various countries, the main thrust appears to be Donald Trump – the “one reason” why we are once again talking about fascism. If we think of fascism as a wound from the past that is almost healed, “putting Trump in the White house was like ripping off the bandage and picking at the scab.”

Albright has an issue also with Trump’s ‘America First’ policy: That it ignores the stake that all countries have in the fates of others. Perhaps it is only the aggressive stand taken by him that she is against – otherwise, there was hardly any time in US history when it wasn’t ‘America First’. She keeps asserting that America has always been powerful, asking whether America can continue to exhibit… leadership…. American nationalism (chauvinism?) lurks just below the surface in her writings. Undeniably.

There is an interesting reference to the Indian freedom movement and its attraction to Mussolini’s “transformation of the easy-going Italians”, egged on by Hitler’s ‘Aryanism’, and the hope of organising an efficient machine against the British. A rather poor understanding of India’s short encounter with fascist forces. In a recent interview with an Indian newspaper, she said that Nationalism can become destructive when used to…discriminate against groups within the nation on the basis of race, religion, or ethnicity. To a specific question whether Indian shows fascist tendencies, she waxes diplomatic: “I have enormous respect for the good judgment of the Indian people and I’m confident that your democracy will endure,” and parried the more pointed question about Modi’s style of leadership: “All democratic leaders have an obligation to represent and respond to the needs of the citizens. No leader can please everyone, but each should respect the principles of equal rights and fairness.”

The book is a warning all right – as encapsulated in the Levi quote. The use of the word ‘fascism’, though, is indiscernible in the labyrinthine double-speak, in political expediency and diplomatic intrigue. And in the meantime, the steam-roller called Trump trundles on, regardless.