Bullets and Bylines by Shyam Bhatia 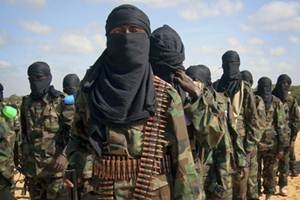 Funny, moving, revealing and heartwarming, Bullets and Bylines reads like a thriller that takes the reader behind the scenes to understand the stories behind the headlines.

Bullets and Bylines: From the Frontlines of Kahul, Delhi, Damascus and Beyond

Being a foreign correspondent and reporting from war zones has its dangers and scribes have lost their life ever so often. Shyam Bhatia has taken the risks of travelling to the front lines in the Middle East, Damascus and beyond. He is one of the lucky few who has lived to recall and recount unique survival stories. War reporters tend to have shorter lives than many others in journalism.

He had also been deputed to India to cover “Operation Bluestar” at the Golden Temple in Amritsar in 1984 and four months later was back again when then Prime Minister Indira Gandhi was assassinated by her own bodyguards.

Shyam was in the group of a mini massacre of 35 men and women on the Kabul-Kandahar highway followed by his own detention, torture and daily threats of execution by the mujahidin. It made him wonder why he had been spared. Only minutes before they were fellow passengers. The bus was stopped near Ghazni by anti-Soviet mujahidin. The mujahidin bloodlust that started in 1980 went on to last several decades.

In another instance when he was in southern Sudan his media convoy drove over a concealed landmine resulting in a colleague’s death and injuries to several others. Uncovering mass murders during the November Delhi riots following Indira Gandhi’s assassination, breaking the story of the Israeli-Egyptian peace treaty as well as his encounter with the besieged Marsh Arabs of Iraq by chance and sheer quirk of luck won him the Foreign Journalist 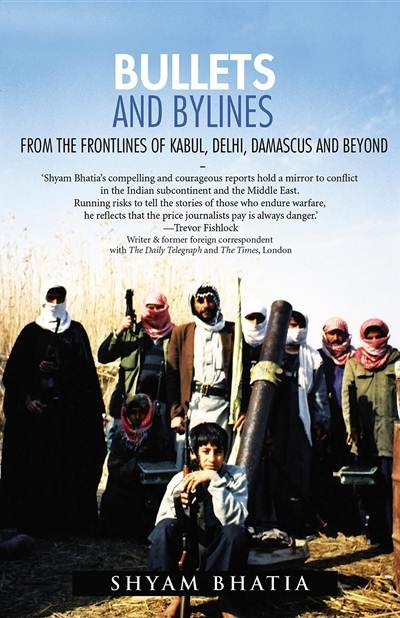 of the Year award.

Shyam provides detailed accounts of reporting from the war zones behind the international exclusives that he characterised as lucky breaks at that time. “My wife still never tires of reminding me, only divine protection could have kept me alive with the guardian angel watching over me on more than one occasion.”

It is obvious from his book “Bullets And Bylines : From The Frontlines Of Kabul, Delhi, Damascus And Beyond” that regardless of professional skill, “luck or good fortune is all too often what makes the difference between life and death.” He recalls the Observer’s foreign editor asking him if he could stop over in Kabul for a few days as their correspondent in Afghanistan had just left. He decided to spend a few hours in the Afghan countryside.

Soon Shyam was on a rusting, overcrowded bus on his way to Kandahar, at least a 12 hour drive. Fighters suddenly stopped the bus in what seemed to be a ravine. They were under the command of a controversial student leader-turned-politician and Islamic fundamentalist Gulbuddin Hikmatyar, who had later briefly served as Prime Minister. After a short wait, two fighters got on the bus and ordered one of the first passengers off. A craggy faced man who was in his late forties and like the driver got off on the right hand side. He too seemed to argue with the fighters, until one of the interrogators took out a pistol and shot him.

After each passenger disembarked from the right hand side there was a brief conversation which was like an interrogation and then pop! As the killing got underway, a sense of fear swept through the bus. May be they were wondering just like Shyam if they could talk their way out of the near certain death. The author was thinking of a strategy for surviving the mass execution process. “It was so clinical I remember wondering what kind of story I would write if I survived. The mind plays funny tricks at times like this. I kept thinking to myself how will the rest of the world know we have been executed? Then for a brief moment I was angry: stupid little Indian, one half told the other, who asked you to get involved in reporting a war that has nothing to do with you?”

Being at the back he was the last passenger to leave the bus. He heard one or two shouts before they were shot, but all died without a struggle. He showed the three men facing him blue and gold British passport. Why they didn’t kill me, ridding themselves of an inconvenient hanger on is still a mystery to me.” They emptied the pockets of his blazer to see what money he was carrying. For two days he shared a room with his kidnappers and was never left alone.

But one cold morning he woke up to find he was the only person in the room. Mid morning an 85-year-old headman approached Shyam and spoke to him through his nephew who had an English degree from Kabul University. He was guided to the same highway from where Shyam could take a bus to either Kandahar or return to Kabul. He spied a tank was coming straight at him. With the adrenalin pumping he screamed “Do you speak English, for God’s sake does anyone speak English.” The tank’s commander a Colonel spoke English. Shyam’s new found Russian friend blocked the road with his tank and told the bus driver in very forceful terms to take him free of charge to Kandahar.

In Kandahar he met a Sikh shopkeeper who guided him to the Indian consulate which was still open. When he awoke the next day he was propped on red cushions lying in a comfortable double bed. Consul Prem Kumar Thakkar arranged a plane ticket for Shyam to return to Kabul where he was welcomed by Ambassador Teja and subsequently put on an Indian Airlines flight to Delhi.

As staff reporter of the Observer he was despatched from London in 1984 first to cover the storming of the Golden temple in Amritsar and the killing of extremist leader Jarnail Singh Bhindranwale. Shyam was back in India on November first the same year and the horrific violence against the Sikhs in Delhi reminded him about the horrors of partition when the subcontinent was divided into the independent states of India and Pakistan.

The same sense of nameless fear pervaded the streets of Delhi just as it had in 1947. The dead bodies in subzi mandi was just the tip of the iceberg. The violence was not spontaneous but organised by the Congress (I) party. The PUDR and PUCL concluded that the anti-Sikh riots were far from being spontaneous expressions of grief or madness.

Shyam got an appointment with the then President Zail Singh and found his eyes were red with weeping. “What have they done” he kept repeating as Shyam conveyed his thoughts and observations. The President made Shyam reveal all the minute details that he had seen and heard the previous few days in Delhi. Singh himself was a virtual prisoner of events and circumstances and could not risk going beyond the walls of his compound in Rashtrapati Bhawan. “Visitors like myself were his (Giani Zail Singh’s) valued eyes and ears,” observed Shyam.

The US Backed mujahidin as the forerunners of today’s Taliban were licensed to kill those construed as being pro communists or pro Soviet. The trigger happy mujahidin were keen to settle scores or simply eliminate anyone who annoyed them. The book is gripping and keeps one on the edge till the end.