But not for this young man. He still remained in the game and went on to become arguably the greatest umpire ever to have umpired the gentleman’s game.
Sumit Paul 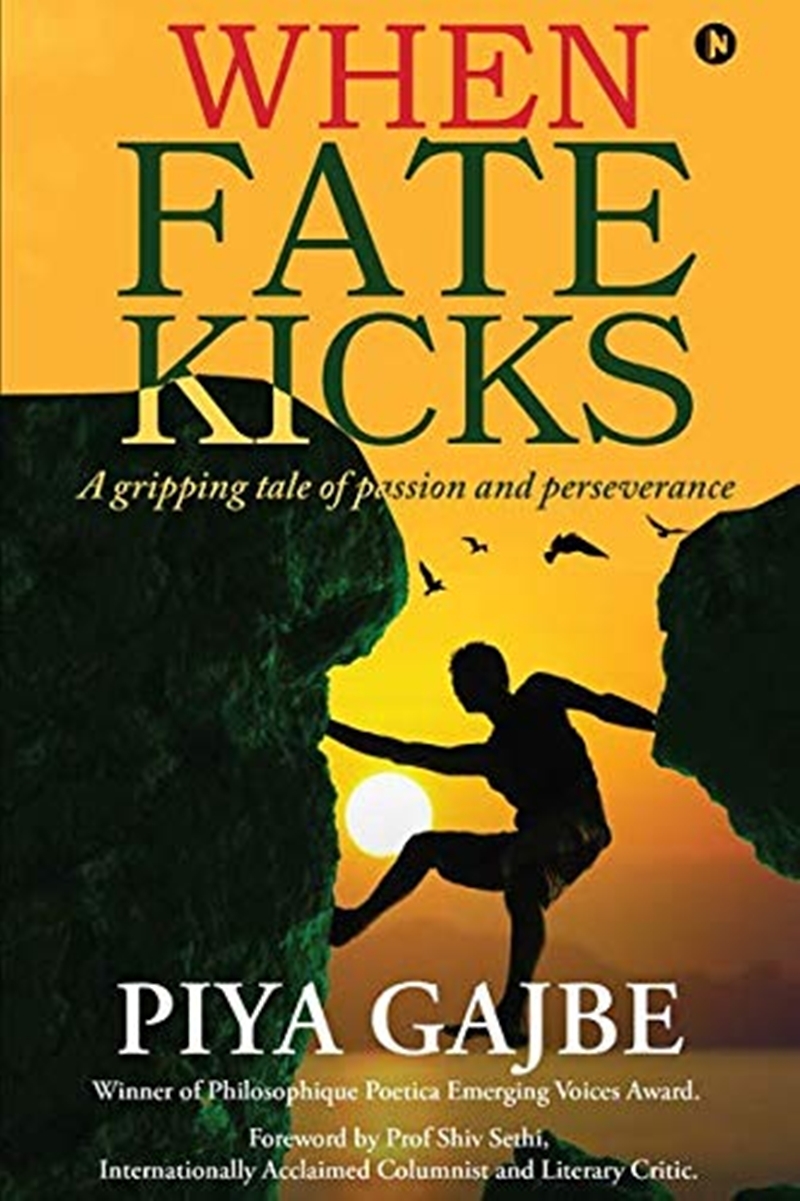 At the stroke of the 20th century, a promising English cricketer was batting exceedingly well and was destined to play for the English team. Alack, the First World War broke out. The budding south-paw joined the Services and lost an arm! For a lesser mortal, the life would have come to an abrupt end.

But not for this young man. He still remained in the game and went on to become arguably the greatest umpire ever to have umpired the gentleman’s game. He was Sir Frank Chester, the apotheosis of cricket umpiring. The protagonist, Gautam of Piya Gajbe’s maiden book When Fate Kicks, is made of the same stuff.

His indomitable spirit vindicates Tagore’s famous aphorism that, “Though adversities are great, man is greater than all adversities.” Sulking and wallowing in self-pity is alien to Gautam. He ain’t a fatalist to face the blows of fate lying down and doesn’t throw in the towel, to use a pugilist’s parlance. Nothing dampens his ever-surging confidence and his belief in himself.

A promising soccer player, an injury cuts short his budding career. Yet, he remains unfazed. His unflappable spirit never caves in. Fate has a very interesting way to test an individual’s perseverance. It hurls challenges at him/her relentlessly, just to see whether the person breaks or blooms. But, some individuals face the challenges with equanimity and equipoise like Gautam of Piya’s When Fate Kicks.

Remember, there is no fate that cannot be surmounted with scorn. The protagonist of Piya’s book doesn’t rest on his laurels and is never complacent. Taking up new assignments and challenges is his wont. In other words, he's positively experimental and this approach is always rewarding.

He believes in Allama Iqbal’s poetic dictum that, ‘Sitaron se aage jahaan aur bhi hain/Abhi zindagi ke imtihaan aur bhi hain’ (There are worlds beyond the stars/And a great many tests of life are still to be taken).

From the perspectives of language and style, the author seems to be a Bengali as many simple words of Bangla have appeared seamlessly, albeit with their meanings and explanations. Considering it’s her maiden creative endevour, this book is hugely readable and I’m sure, the readers will be engrossed in reading it over.