Anita Gets Bail: What Are Our Courts Doing? What Should We Do About Them? by Arun Shourie- Review 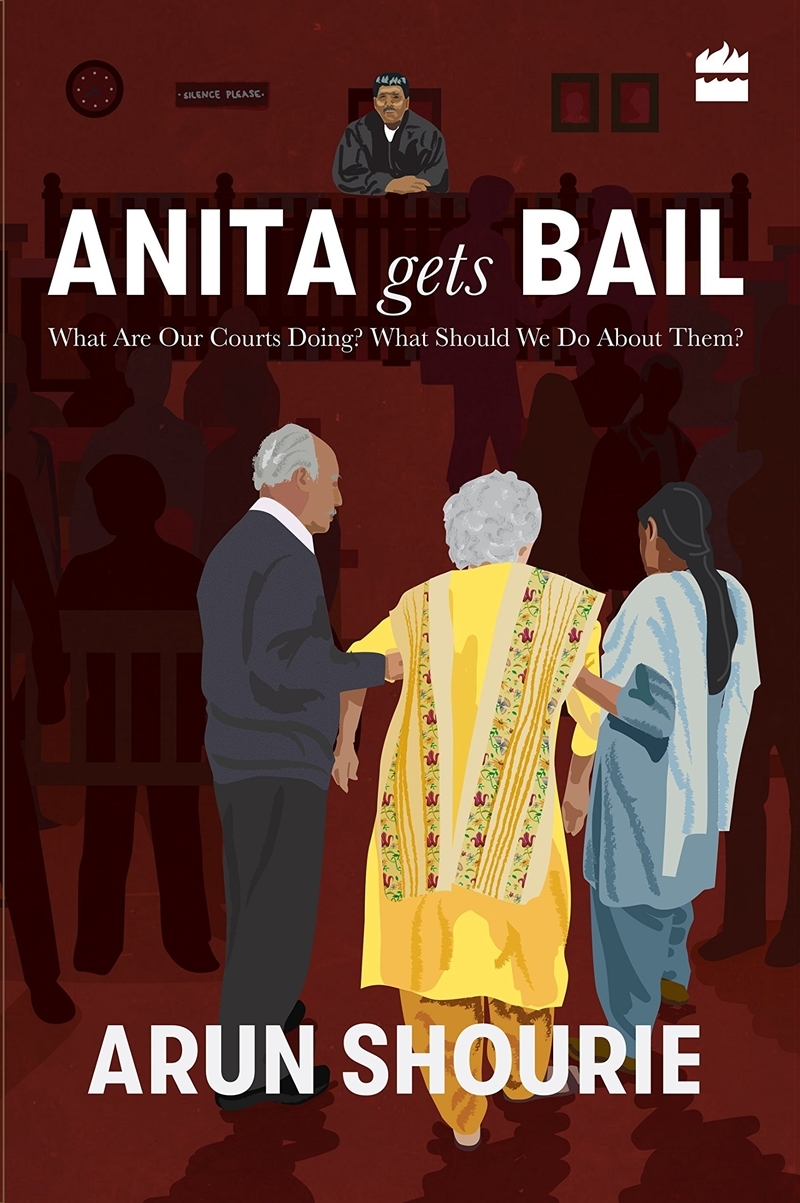 Title: Anita Gets Bail: What Are Our Courts Doing? What Should We Do About Them?

Shourie developed a reputation as an “intelligent, fearless writer and editor who campaigned for freedom of the press, exposed corruption and defended civil liberties” particularly during the Emergency – an image enhanced in no small measure by his association with the stolid, exemplary leadership of Ramnath Goenka. Then he joined the BJP.

During an interview, when asked about the ideology with which he joined the BJP, he was candid: “…what ideology do they have? It is opportunism pure and simple.” On the other hand, Martha Nussbaum of the University of Chicago, says: All [Shourie’s] books are the creations of a smart, determined, muckraking journalist… have the same mocking, superior tone (See: The Clash Within Democracy, Religious Violence And India’s Future, 2007).

The present book, though, is a bold assessment of the Indian judiciary, apparently triggered by Mrs Anita Shourie’s being forced to fight a case over ‘a house we never built on a plot we did not own’. This case protects the callousness of the administrative machinery and judicial procedures; it dragged on for six years and, after 40 sessions and four judges, the prosecution was found to have ‘miserably failed’ to prove that the notification in question was applicable to the case! An interesting aside to this is Shourie’s conversation with some judges of the High Court. One commented: “If this can happen to you, can you imagine what the common man has to go through?” Another said that Shourie should have come to him, and he would have given immediate relief. Only to Shourie? There were 706 ‘common men’ in this case, Mrs Shourie was one of the few acquitted. What, if anything, was done for them with the assurance of immediate relief given by the commiserating judge – especially when the case was proved to be baseless? What can one expect from meaningless remarks amounting to little more than idle gossip? And presented as such?

He also covers various high-profile cases, like the Karnataka High Court’s acquittal of Jayalalitha and her accomplices, with “calculations so patently false and absurd as to strain one’s credulity (sic) that a High Court judge could have advanced them.” The proceedings are also examined with reference to the ease with which adjournments were granted, and the peculiar circumstances which allowed the accused to choose the public prosecutor. Shourie then discusses the Law Commission’s recommendations of 1973 and the amendment in the Civil Procedure Code by way of insertion of Section 35B – a ‘woefully inadequate’ provision, he says and recommends the practice in the UK where ‘vexatious litigants’ are banned from starting court cases without permission. Defining ‘vexatious litigants’ in India may take another 100 years though! The need and opportunity for ‘Judicial Activism’ is also discussed in the context of the executive and the legislature having

‘become less and less legitimate’. In these circumstances, he says, and one would whole-heartedly agree, that absolute probity on the part of the judges is a sine qua non; there should be no place for that perverted sense of loyalty ‘towards one of our own’ – which has ‘drained the political class of all legitimacy’. A whole chapter is devoted to another weakness in our system: Once a decision is made, there is no attempt to ensure its implementation.

A detailed handling of three cases ‘that caused much public unease’ is then presented. The first is the suicide of Kalikho Pul, CM of Arunachal Pradesh in 2016. The second case is of Sohrabuddin and his wife – and Shourie discusses, in rather surprising detail, the mysterious death of Justice Loya and the alleged involvement of Amit Shah. The third is the sordid account of a medical college in Lucknow. He also deals with the cases of liquor shops on highways (where the drivers should have been classified, not roads), custodial deaths, reluctance of courts to pull up perjuring witnesses, and disrespect to the National Anthem. By far, the most entertaining chapter is the one titled: ‘Eloquence’! The judgements reproduced in this chapter are nothing short of hilarious. He crosses the limits of irreverence though when he refers to the case of young women at Sabarimala, and the danger of distracting the deity.

Each chapter closes with suggestions, one of which is that reporters be sent to the lower courts at random and their reports published – so that people will know…unfortunately, the people are painfully aware: Like the thousands of under-trials, victims of land-sharks and of other criminals; like Prabhavati whose son, Udaykumar, was killed in custody (alarmingly similar to the custodial killing of Rajan during the Emergency). All of them would certify Shourie’s suggestions as academically fine.