Kanika is all set to marry businessman Gautam Hathiramani. He is a Sindhi and is from London.

Singer Kanika Kapoor is all set to tie the knot for the second time with NRI businessman Gautam in London today (May 20).

However, not much is known about Kanika's husband-to-be. Kanika is all set to marry businessman Gautam Hathiramani. He is a Sindhi and is from London.

Choreographer Rajendra Singh aka Masterji, who has choreographed Kanika and Gautam's Sangeet, shared exclusive details about their grand wedding.

"The wedding ceremonies have been fantastic. Yesterday was Mehendi and the wedding is today. The baarat will arrive at around 2 pm and by 4-5 pm the wedding will be over. The sangeet and cocktail party is scheduled for May 21. I am here (London) to choreograph the sangeet. I cannot disclose a lot of things about the sangeet because the event has still not happened," Masterji said.

"Kanika is blessed I must say because Gautam is such a sweetheart, humble and a darling person. I know him for the last 20 years and he is so adorable. He met me for the first time at one of my best friend's wedding. At that time only he had said that when he'll get married, he will call me to choreograph," he added.

When asked how Kanika and Gautam met, Rajendra Singh said, "I really don't know. But I will ask them for sure (laughs). But they look so good together and are just made for each other. I call them lovebirds."

Without revealing much deatils about the sangeet, Masterji said that Knaika's children are very excited about their mother's wedding. "They are practicing and putting up a dance performance for the wedding. They are very happy," he added.

Kanika became an overnight singing sensation with the song 'Baby Doll' followed by 'Kamlee', 'Chittiyaan Kalaiyaan', 'Chhil Gaye Naina', among many other superhits.

She was earlier married to Raj Chandok, who also was an NRI businessman. She married Raj in 1998 and moved to London with him. She has three children with him. After separation from Raj in 2012, she reportedly moved back to her parents’ home in Lucknow.

Reportedly, Kanika's decision to marry Gautam was brewing since at least the last six months and they have been dating for a year.

On work front, Kanika recently released her new independent song 'Buhe Bariya', which is a completely new take on love that is inspired by the Punjabi folk. 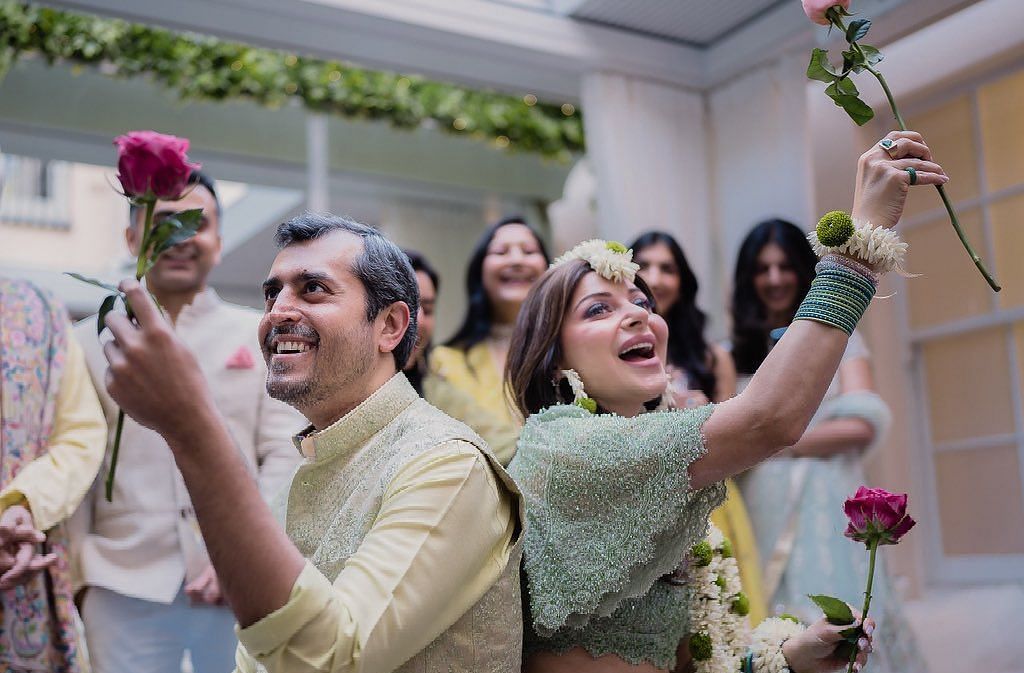