Watch: Sonam Kapoor shares her joy ahead of birthday, returns from 'babymoon' with hubby Anand Ahuja

Mumbai: Mom-to-be soon, actor Sonam Kapoor and her husband Anand Ahuja who were enjoying a 'babymoon' in Italy have returned home now. The 'Neerja' actor, who will be turning a year older, tomorrow, expressed her excitement for her birthday and shared a short video with her husband, on her social media account, on Tuesday.

Fans and admirers bombarded the comment section with heart emoticons, showing their love for the couple. Sonam Kapoor is quite active on social media and frequently updates her fans and followers with photos and videos on her social media handles.

In the summer of 2018, Sonam married businessman Anand Ahuja. Before marriage, the couple met six years ago, in 2016 and they started dating. Sonam Kapoor and Anand Ahuja announced that they are expecting their first child in the March of 2022.

Meanwhile, on the work front, Sonam will next be seen in the film 'Blind', which also stars Purab Kohli, Vinay Pathak, and Lillete Dubey in supporting roles. The film is a remake of the same-named Korean film of 2011. The actors finished filming in February 2021. 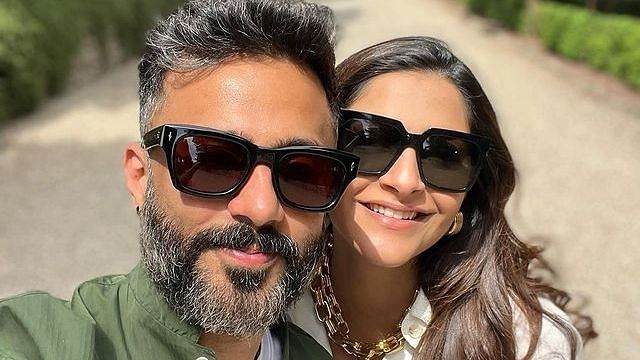 HomeEntertainmentBollywoodWatch: Sonam Kapoor shares her joy ahead of birthday, returns from 'babymoon' with hubby Anand Ahuja