Watch: Nargis Fakhri crashes into a wooden fence post while cycling in UK

Bollywood actress Nargis Fakhri who recently made a sizzling appearance at the 75th edition of Cannes Film Festival, shared a video of her cycling with a friend in the UK countryside.

Nargis took to Instagram and posted the clip which showed her at Soho Farmhouse. She can be seen cycling while her friend filmed her. As Nargis looked back, her bicycle skidded off the road and then crashed into the wooden fence post.

She captioned the video as, "When you fall (fail) do it with a smile and in style. But remember to always pick yourself up and keep going! #dontstop #neverquit."

Nargis Fakhri made her Bollywood debut in 2011 with the movie 'Rockstar' opposite Ranbir Kapoor. She is known for her work in films like 'Madras Cafe', 'Main Tera Hero', 'Azhar' and 'Housefull 3'.

After a busy 2016, when she had five releases, Nargis flew back to her home in New York. While she continued to stay connected through social media, she was hardly seen on the big screen.

In an interview, Nargis revealed that she decided to take a break from Bollywood in 2016 as she missed her family and felt she wasn't happy with the work she was doing. She also said that she wanted to focus on her mental health.

Nargis said that she was 'overworked and stressed'.

Nargis was last seen in 'Torbaaz' co-starring Sanjay Dutt. The film was released on an OTT platform. She is currently filming her debut Telugu film 'Hari Hara Veera Mallu', which stars Pawan Kalyan in the lead.

Read Also
'People said I was pregnant': Nargis Fakhri reveals she was body shamed after putting on weight 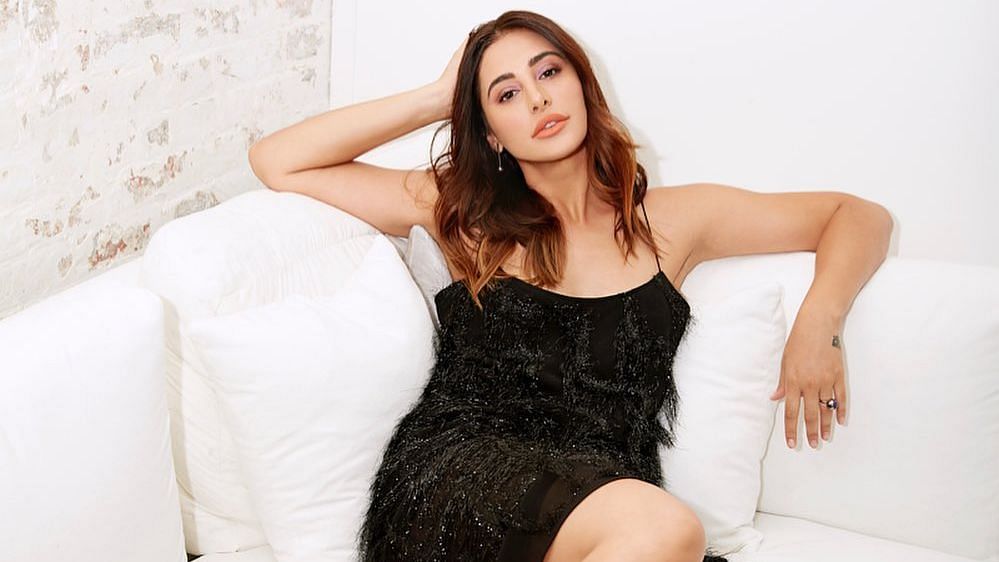 HomeEntertainmentBollywoodWatch: Nargis Fakhri crashes into a wooden fence post while cycling in UK