Raqesh Bapat talks about playing a negative role in Sarsenapati Hambirrao, staying away from Bollywood, and more

Actor Raqesh Bapat is currently garnering praise for his performance in the recently released Marathi film 'Sarsenapati Hambirrao' in which he essays the role of Sarja Khan. The Free Press Journal caught up with the actor for an exclusive interview.

The film is based on the life of Maratha warrior Hambirrao Mohite who was a commander in the army of Chhatrapati Shivaji Maharaj. Talking about the film, Raqesh says, “The film is about how the Marathas were so courageous and how under the guidance of Shivaji Maharaj, they have left a legacy. The people who were associated with him were also a reflection of him and his bravery. There’s a lesson you get from every moment and every scene in the film.”

Raqesh says he has played negative roles earlier but not on a larger scale like this. Playing an antagonist was quite challenging for him. “At one point, Sarja Khan was fighting for Shivaji Maharaj, but he was taken into Aurangazeb’s custody. So there’s empathy in this person also because he knows that he shouldn’t be doing that, but he’s forced to. So it was difficult for me to be a villain and not have the heart of a villain,” he explains.

He elaborates further, “During the war sequences, the armour I wore was very heavy, and we had to shoot in the heat. So to wear that for so long, you need a lot of patience.”

There have been instances in the past when historical period dramas ran into trouble and faced allegations of distortion of history. When asked if he was apprehensive about being a part of the film, Raqesh avers, “To make a film like this, you need a big team because you can’t go wrong with history as it’s a sensitive area to play with. The team was well prepared, and I was a part of it right from the beginning when the conceptualisation happened. I was excited and not apprehensive at all because I believed in the director.”

However, the 'Tum Bin' actor used to wonder if people would accept him as Sarja Khan or not. “I was apprehensive about playing the role because I didn’t know how I would look once I dressed as Sarja Khan. Also, I have a little softer face. But it was interesting for me to see myself in that attire with a beard and long hair. It took me a little while to get used to it. I used to just put on my costume and sit even though I was not shooting as I wanted to get used to it. I wanted to feel comfortable,” he shares.

Raqesh has been away from Bollywood for nearly 10 years. He believes it is his fate. “It didn’t come to me, probably. Maybe I’ve gotten into art more. I think that was a turning point for me and maybe a conscious decision not to do random work. I wanted to be happy in life. So maybe I was waiting for tougher challenges to satisfy my thirst. Somewhere when you keep doing the same thing again and again, you tend to become complacent. I don’t want to become complacent. I’d rather move back and then come back with the new energy,” he concludes. 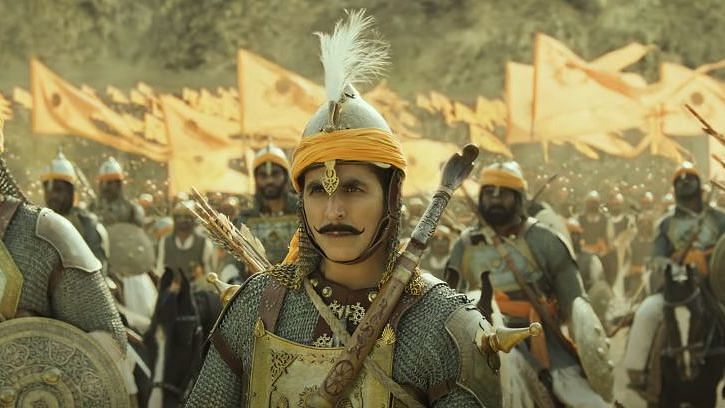