Advertisement
Home / Entertainment / Bollywood / 'I just wanted to know if I was alive or not': Malaika Arora reveals car accident has left her with trauma

'I just wanted to know if I was alive or not': Malaika Arora reveals car accident has left her with trauma

Though Malaika has physically recovered from the accident, its emotional trauma lingers on

Bollywood diva Malaika Arora, who recently met with a car accident, has resumed work. A few days back, she shared a picture from the sets of a shoot and wrote, "Feels good to be back on set".

Now, in an interview with MidDay, Malaika spoke about the accident and said that it is not something she wants to remember nor it is something that she can forget.

Though Malaika has physically recovered from the accident, its emotional trauma lingers on. During the interview, Malaika admitted that the incident has left a deep impact. "Sometimes, if I am watching a movie that depicts an accident or shows blood, I get flashes that send shivers down my spine. I have to go through the process, and will eventually be able to move past it," she said. Recalling the incident, the 'Chaiyya Chaiyya' actress said that everything happened in a flash. She was in shock and after collision, her head was hurting, and all she wanted to know was whether she was alive or not.

Malaika told the news publication that there was too much blood and too much commotion to understand what was happening. She said she felt an immense jolt, and the rest was a blur till she reached the hospital.

For those unversed, Malaika met with an accident on April 2. The incident took place when Malaika was returning from Pune and some cars collided with each other near Khalapur Toll Plaza on the Mumbai-Pune highway. She was then rushed to the Apollo hospital in Navi Mumbai.

She was discharged from the hospital a day later and was advised complete rest.

Reportedly, Malaika had suffered a deep gash on her forehead and was administered stitches. A few days ago, Malaika had also penned a heartfelt note for her family and fans for their prayers and wishes. "The last few days and the events that unfolded have been quite unbelievable. Thinking about it in retrospect feels like a scene from a film and not something that actually happened. Thankfully, immediately after the accident, I felt like I was enveloped with the care from so many guardian angels - be it my staff, the people who helped me reach the hospital, my family who stood by me throughout this ordeal, and the amazing hospital staff," she wrote.

After her accident, Malaika recently made her first appearance at the post-wedding party of Ranbir Kapoor and Alia Bhatt on April 16. She grabbed eyeballs in a hot pink dress as she accompanied beau Arjun Kapoor at the bash. 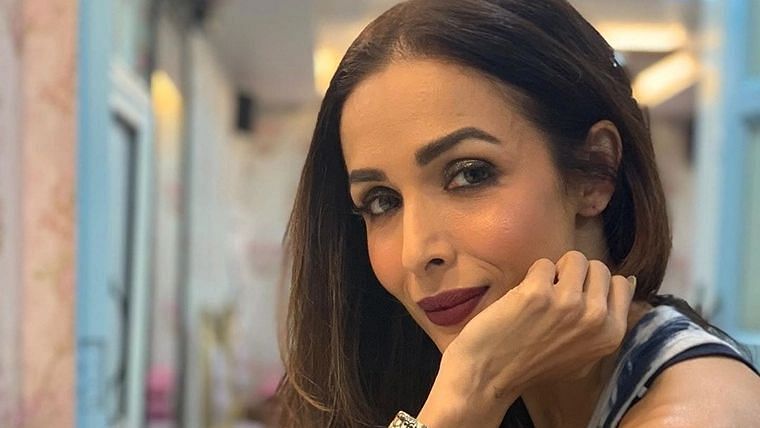