'I am strictly against stagnancy, the idea is to keep experimenting', says 'Forensic' actor Vikrant Massey

Vikrant Massey is currently gearing up for the release of his upcoming film 'Forensic', which is a remake of the Malayalam film of the same name. Directed by Vishal Furia, it also stars Radhika Apte and will release on ZEE5 on June 24. The Free Press Journal caught up with the actor for an exclusive chat.

The first time I saw the film was when it was offered to me, the second time was when I signed it. We were very clear from the word go that it’s not a remake but an adaptation, and so we’ve adapted the story but with our own perspective. We didn’t want to get influenced, and for our own target audience, there were a lot of things that were brought in which are not a part of the original. I try refraining from watching a particular actor and picking up his or her nuances because I also tend to get pretty influenced by the audio-visual medium.

Are you prepared for the comparisons with Tovino Thomas coming your way?

I would rather not want them to compare me because it’s unfair for both the parties in this case. Tovino sir is a very senior actor, he's very popular, and I really respect him for his work. I’m still far away from being him. I know this is also the nature of the job. When you are picking up an adaptation, it’s bound to happen because that’s a very generic part of how people see things. I know people will compare us even though I don’t want them to.

Do you consciously take up extremely diverse and challenging roles?

Yes. That goes behind associating with anything. At this stage in my career, the idea is to keep experimenting, keep challenging myself, rather keep pushing the boundaries, and not be complacent with any form of accolade or award. I am strictly against stagnancy, and this is one way I see myself keeping floating with momentum.

How was your experience of working with Vishal and Radhika?

It was a very satisfying and fruitful association with Vishal once again after Criminal Justice. I believe there is a certain degree of comfort with each other. Both of us identify each other’s strengths and weaknesses, which occasionally brings out the best in us. I would love to collaborate again with him. With Radhika, I am an ardent admirer of her work. She’s done some incredible projects in the last few years. It was fantastic working with her and getting to know her personally, and observing her work ethic. Her process up close and personal was a wonderful and insightful experience. She’s an effortless actress, which is a blessing in so many ways.

It took you some time to bag lead roles. What lessons have you picked up along the way?

It’s been one persistent journey so far. I’ve learned the value of patience. The idea is to just keep moving forward, despite trials and challenges. The drive to move forward to learn and unlearn keeps adaptability as we live in an extremely fast-paced world.

Your fans adore your simplicity. You’ve not let stardom take over you…

It really is very heart-warming when people appreciate you for what you are, your work, and your being in general. I am touched by the love and admiration and everything that comes along with it. I tend to get tongue-tied at moments like these. All I can say is thank you with folded hands. I hope I continue to entertain for as long as I can. 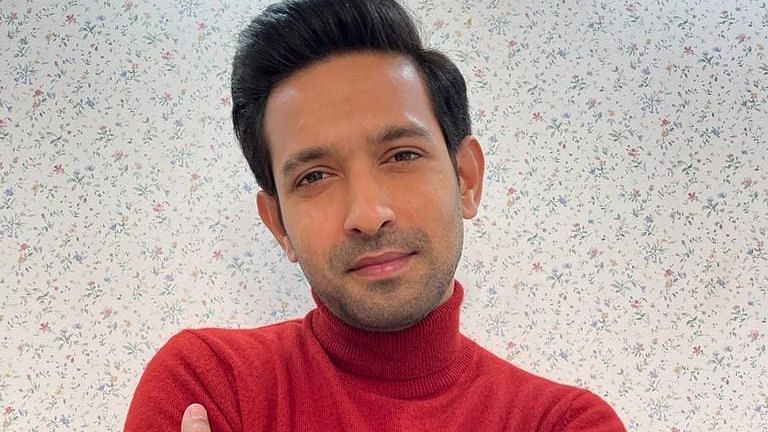 HomeEntertainmentBollywood'I am strictly against stagnancy, the idea is to keep experimenting', says 'Forensic' actor Vikrant Massey