Janhvi will be next seen in 'Good Luck Jerry'.

Bollywood actress Janhvi Kapoor set the internet on fire on Thursday with her latest photos on social media.

The actress, who is busy promoting her upcoming film 'Good Luck Jerry', shared some drop-dead gorgeous pictures of herself on her Instagram handle. In the photos, she can be seen wearing a shimmery red gown with a thigh-high slit.

She also flaunted her bare back in the backless gown and completed her outfit with matching boots. She kept her makeup to the minimum and stuck to the classic red lipstick look.

"If #Jerry was a cherry," she captioned the post.

As soon as she shared the pictures, netizens bombarded her comments section with compliments. Not just her fans, but actress Sara Ali Khan too dropped a fire emoticon under the pictures.

Janhvi's stepbrother Arjun Kapoor went on with his usual witty style and commented, "Time to make Merry", to which the actress replied, "Would you like a berry?"

To that, Arjun replied, "I honestly am a bit weary cause I prefer kairi," leaving netizens in splits. 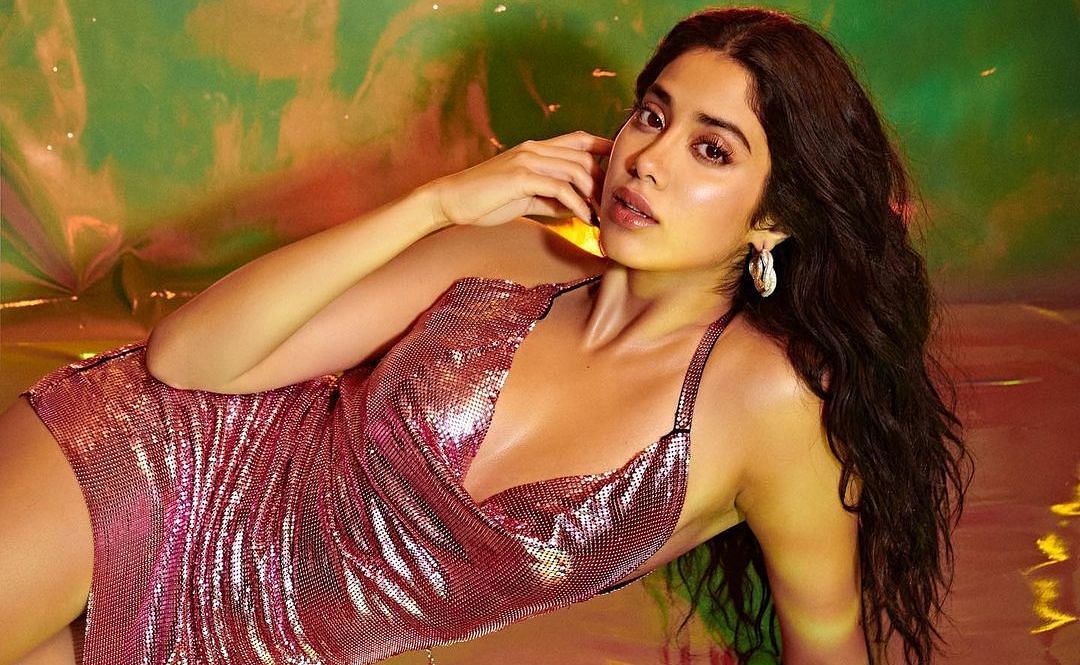 Meanwhile, on the film front, Janhvi is shooting for 'Bawaal' with Varun Dhawan, which is helmed by Nitesh Tiwari and produced by Sajid Nadiadwala. The film is scheduled to hit the big screens on April 7, 2023.

She is also working on the movie 'Mr and Mrs Mahi'.

It is scheduled to release on Disney+ Hotstar on July 29. The film, set in Punjab has been produced by filmmaker Aanand L Rai's Colour Yellow Productions.