Despite ‘Radhe Shyam’ failure, Prabhas hikes his fees for ‘Adipurush’ to a whopping Rs 120 crore: Report

The demand has left the producers in a fix, since it increases the film’s budget by 25 per cent

Prabhas and Saif Ali Khan’s ‘Adipurush’ with director Om Raut is currently one of the most talked-about upcoming films. ‘Adipurush’, a fictional take on a mythological story stars the two actors along with Kriti Sanon in lead roles.

Now, a report by Bollywood Life suggests that Prabhas has asked the makers of this film to hike his fees to a whopping Rs 120 crore.

The demand has left the producers in a fix, since it increases the film’s budget by 25 per cent.

Meanwhile, a sizeable portion of the film is yet to be shot, and not meeting its lead actor’s demands can affect their rapport on set.

“What's more astonishing is the actor's demand despite the disastrous performance of Radhe Shyam at the box office,” informed the source.

Earlier in a statement, director Om Raut had said, "Prabhas without a doubt is the biggest star in India. Apart from that, he is a wonderful performer. He has the most expressive eyes and it's a reflection of his heart. I have managed to get Prabhas to convey the emotions that I have wanted him to, through his eyes."

"Apart from his work attitude, Prabhas brings home-cooked food on the sets. What I like about him is that he is always considerate of people on the sets, regardless of their stature", he revealed.

An adaptation of the Hindu epic Ramayana, 'Adipurush' will see actors Prabhas and Saif Ali Khan in the roles of Lord Ram and Lankesh, respectively. Meanwhile Kriti Sanon will essay the role of Sita, while Sunny Singh will play Ram's brother Laxman.

The film will be released in 3D on January 12, 2023 in Hindi, Telugu, Tamil, Malayalam and Kannada.

‘Adipurush’ is produced by T-series, Bhushan Kumar and Krishan Kumar, and Om Raut, Prasad Sutar, and Rajesh Nair of Retrophiles. 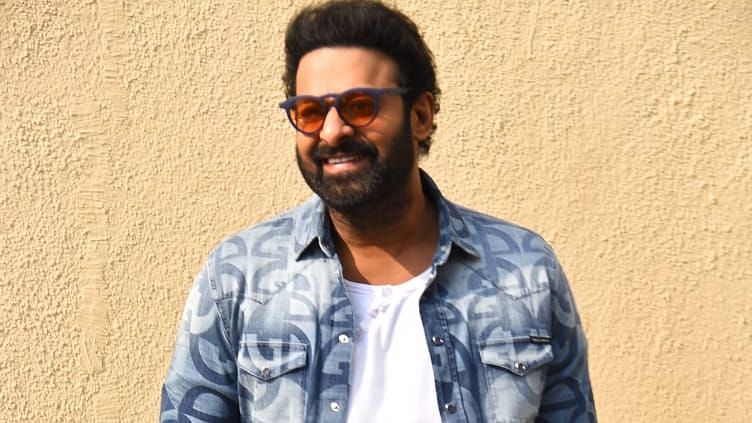