Cannes 2022: From R Madhavan to Pooja Hegde - list of Indian celebs who will walk the red carpet

The red carpet event at the 75th Cannes Film Festival will be a gala event for the Indian audience as celebrities from the cine world across India are set to walk there.

Union Minister for Information and Broadcasting Anurag Thakur will lead the delegation from India to Cannes. The list of celebrities will also comprise stars from major music industries across India.

Deepika returns to Cannes not as an attendee, but as a jury member. For the first time, the actor will sit on the main jury at the Cannes Film Festival. The actor was recently spotted at the Mumbai airport, as she headed to the film festival, before making a stop at a Louis Vuitton show in San Diego, USA.

Among the highlights of this year's festival will be the world premiere of the film by R. Madhavan titled 'Rocketry: The Nambi Effect', a biographical drama film based on the life of Nambi Narayanan, a former scientist and aerospace engineer of the Indian Space Research Organisation who was falsely accused of espionage. The film which is produced by Madhavan will be showcased on May 19.

Read Also
Watch: Deepika Padukone shares a glimpse of her journey to Cannes

Pooja, who was last seen in the film 'Beast', is set to walk the Cannes 2022 red carpet, as part of the star-studded Indian delegation. Over the past couple of years, Pooja has made a mark in the Telugu film industry, and also established herself in Bollywood. She will next be seen opposite Salman Khan in 'Kabhi Eid Kabhi Diwali'.

According to several media reports, will also work the red carpet this year. She was recently spotted at Mumbai airport with her actor-husband Abhishek Bachchan and daughter Aaradhya Bachchan. The former Miss World first attended Cannes Film Festival in 2002.

Urvashi Rautela is all set to make her grand debut at Cannes Film Festival for the launch of her multilingual film 'The Legend'. Urvashi will be making her Tamil film debut with the film opposite Saravana. Nawazuddin Siddiqui has walked the red carpets of Cannes about eight times and this will the 9th time when the star will make us proud.

Producer Mansi Bagla, fronting the production house Mini Films, has been officially invited to Cannes Film Festival 2022 to talk about her upcoming slate of films. Mansi recently announced her collaboration with globally renowned author Ruskin Bond which has caught attention and interest from all over the globe.

South actress Nayanthara will be making her Cannes debut. A few days back, the Ministry of Information and Broadcasting announced that she will represent India at Cannes Film Festival 2022, and walk the red carpet. The actress made her debut on the Cannes Red Carpet in 2019 and had the most talked-about walk as an Indian celebrity. Hina is all set to return to the festival which was lying low for the last two years due to Covid-19. Our source informs us, "Hina's Indo English film 'Country of Blind' is all set for a poster launch at the Cannes Film Festival.

The TV actress will attend the Cannes Film Festival to unveil the poster of 'Kaya Palat'. She will be seen alongside the writer, producer and actor of the film Rahat Kazmi and actor Tariq Khan. This will definitely be a proud moment to watch out.

Tamannaah recently dropped a candid glimpse of herself from France as she gears up for the Cannes Film Festival 2022.

Read Also
Watch: Pooja Hegde gets a sweet surprise from fans ahead of her Cannes debut Further, for the first time in its history, India has been named the official 'Country of Honour' at the upcoming Marche' Du Film, which is organised alongside the Cannes Film Festival, in France. Under this title five new start-ups will be given an opportunity to pitch to the Audio-Visual Industry. 10 professionals will participate in Animation Day.

India has also been given an opportunity to pitch five selected movies at the 'Goes to Cannes Section'. These films are part of the WIP lab under the Film Bazaar.

A Cinema Hall called the Olympia Screen has been dedicated to India on May 22, 2022, for screening 'Unreleased Movies'. There are five movies which have been selected under this category. Also, a remastered classic of Satyajit Ray Classic - 'Pratidwandi' will be screened at the Cannes Classic section. This is to mark his centenary celebration.

Read Also
Cannes 2022: Aishwarya Rai Bachchan jets off to the French Riviera with Aaradhya and Abhishek 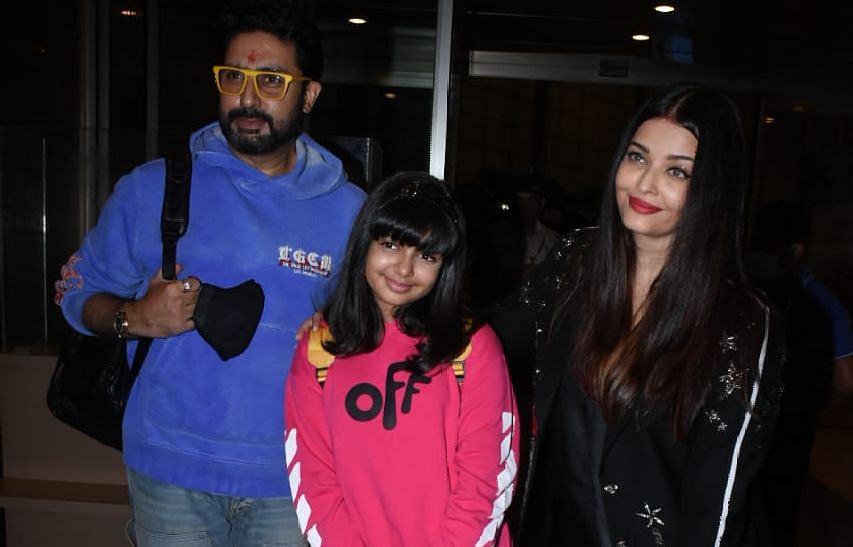 HomeEntertainmentBollywoodCannes 2022: From R Madhavan to Pooja Hegde - list of Indian celebs who will walk the red carpet