Ananya will be next seen in 'Liger' with Vijay Deverakonda.

In a video shared by Ananya, the 'Student of the Year' actress can be seen acting all surprised as Farah comes in and announces that she is set to receive a National Award for her film 'Khali Peeli'. However, soon after, Farah says, "I'm joking", which is one of the most iconic dialogues of Chunky.

As soon as she shared the video, Chunky dropped a comment in a bid to troll Farah. It read, "Farah you should get the Award for Overacting in this Video." 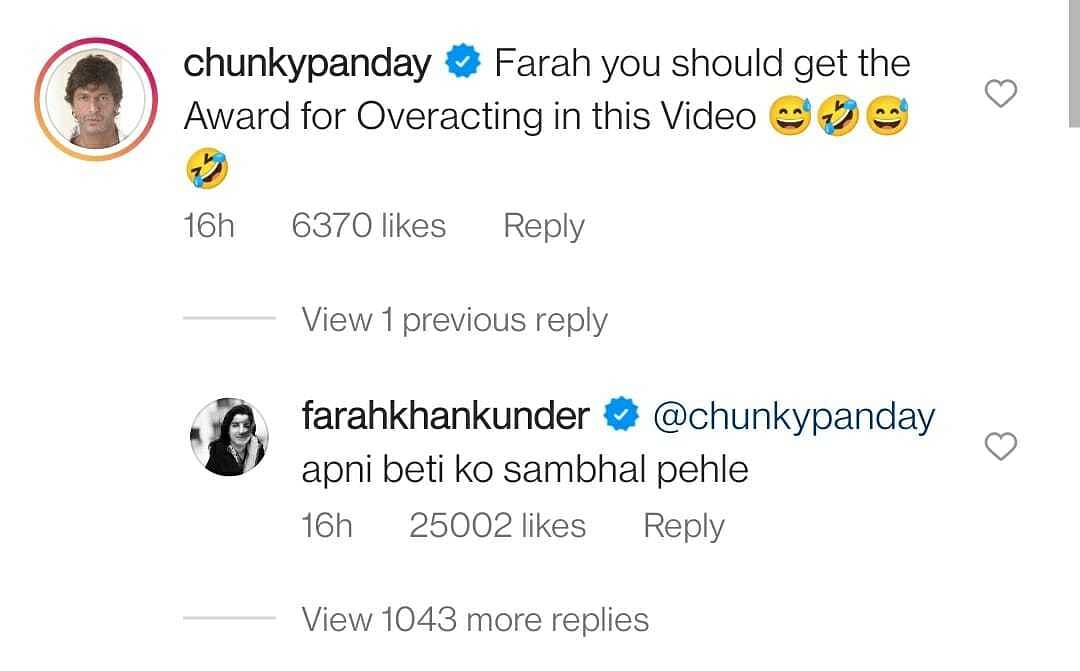 She will star next in the much anticipated film 'Liger', which also marks the Bollywood debut of south superstar Vijay Deverakonda. The film will release on August 25, 2022.

Apart from that, Ananya also has 'Kho Gaye Hum Kahan' in her kitty, which will reunite her with Siddhant Chaturvedi once again.