Khajuraho/Narmadapuram (Madhya Pradesh): Yoga events were organised at various educational institutions and many historic places of several districts across the state to mark the International Day of Yoga on Tuesday, June 21.

World famous Khajuraho temple was also included among the 75 iconic places of the country where mass yoga events were organised. In the event, BJP state president VD Sharma while addressing the crowd thanked Prime Minister Narendra Modi for including this world heritage site for a yoga session as this would further help in promoting tourism among foreigners.

He further said that conversations are going on with the Ministry of Ayush for starting an international yoga centre in Khajuraho and hopefully this idea will turn into a reality. Around 2,000 school students as well as locals took part in the mass yoga event.

Similar events were organised at Dhoopgarh, the highest point in the Mahadeo Hills and Bison Lodge in Pachmarhi of Narmadapuram district and Tilak Sindoor of Itarsi where officials of the administrative department, tourists and local residents participated.

Read Also
Bhopal: One month on, ASI yet to come up with probe report on unauthorised digging on Khajuraho... 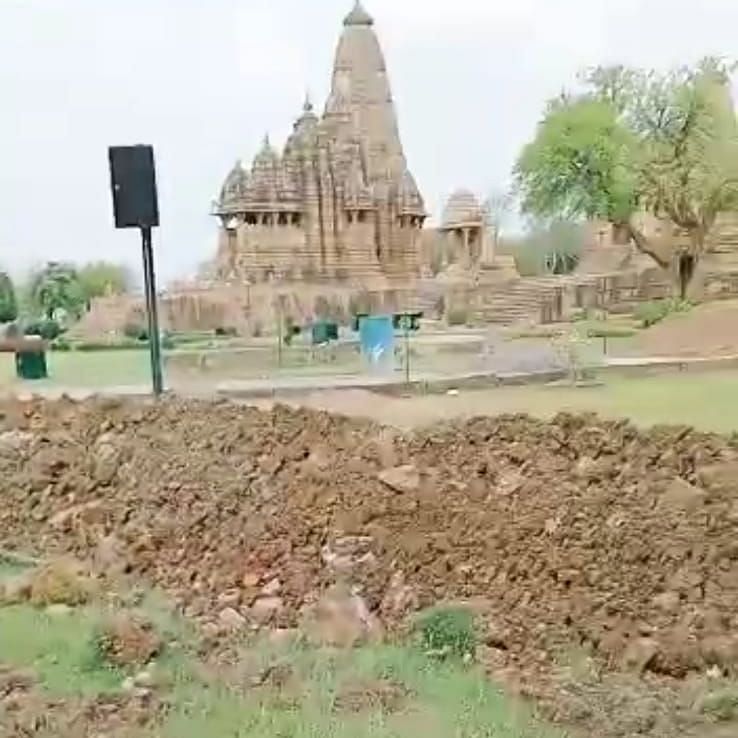