Member of mayor-in-council (MIC) Shankar Makoriya claimed the funds have been stopped by the state government.
Staff Reporter 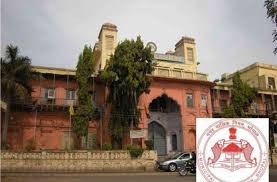 BHOPAL: The development projects in Bhopal are on halt, as the civic body is grappling with funds crunch.

Not only this, over 25 per cent funds of corporator’s of both BJP and Congress have been stopped for the year. On the other hand, BMC has spent over Rs 1.5 crores this year on activities like garlanding dignitaries, arrangements of tables, mike, stools and light and sound for its various events.

BMC officials are now making strange excuses like the corproators have not made their demands through proper channel among others.

A corproator receives Rs 60 lakh as corproator’s fund in a year. The amount can be withdrawn anytime by the corporator if BMC has no objection with it.

But, this year the corproators are shunting between their ward offices and BMC headquarters for their share as few of them have not even received even 60 per cent of their funds.

Member of mayor-in-council (MIC) Shankar Makoriya claimed the funds have been stopped by the state government.

He claimed the state government has deliberately halted the funds as we have never had any issue like this before.

BJP corporator Sanjeev Gupta said the year is at its end and we have to deal with public. He says his 25 per cent of the total funds have been stopped and now he has issues like roads and sewage that would have been sorted if the amount were released.

Mohammad Sageer, leader of opposition in the BMC alleged amount of over Rs 40 lakh for his ward has not been released.

// ‘Funds for last quarter of year will be released later’