We don’t want Muslim votes, won’t be visiting their homes either, Hindu Mahasabha

Mahasabha is fielding candidates in civic polls in MP’s Gwalior

Often in the limelight for worshipping Mahatma Gandhi assassin, Nathuram Godse, Hindu Mahasabha in Gwalior has hit the headlines yet again by claiming it would field candidates on 11 of the 66 wards of Gwalior municipal corporation in the civic polls but won’t be soliciting votes from Muslims even if their candidate loses.

To add, the outfit was in the past had tried establishing a Godse temple in the Gwalior city. The organization also holds Godse aarti regularly.

The outfit has officially asked its candidates not to seek votes from Muslims.

In my ward, the Muslim voters are decisive for a win but I won’t be turning up at their doorsteps for votes, Haridas Agrawal, one of the Mahasabha candidates told FPJ. We oppose Muslim Personal Law so how come we seek their votes, added Agrawal. He however said that once elected as corporator, he will be working for everyone without discrimination.

Jaiveer Bhardwaj, the national vice president of Hindu Mahasabha said that the Mahasabha is running a campaign against violence unleashed by non-Hindus and has decided not to seek votes from Muslims.

He however said that they are not against nationalist Muslims and are only oppose to anti-nationals. He also underlined the fact that all the Mahasabha candidates who won in the past worked for everyone without any bias.

One of the Congress spokespersons slammed BJP and Hindu Mahasabha and demanded that State Election Commission keeps an eye on such trends. 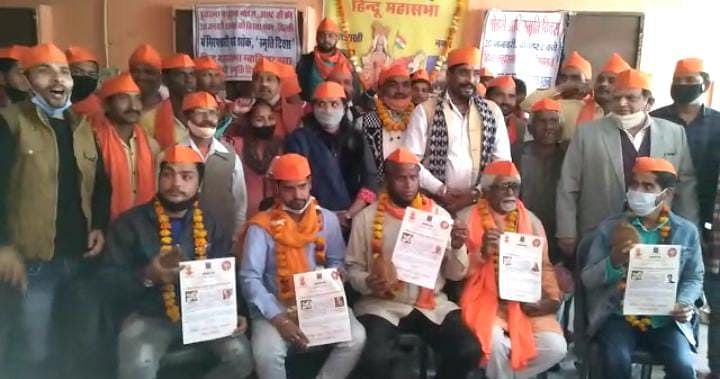