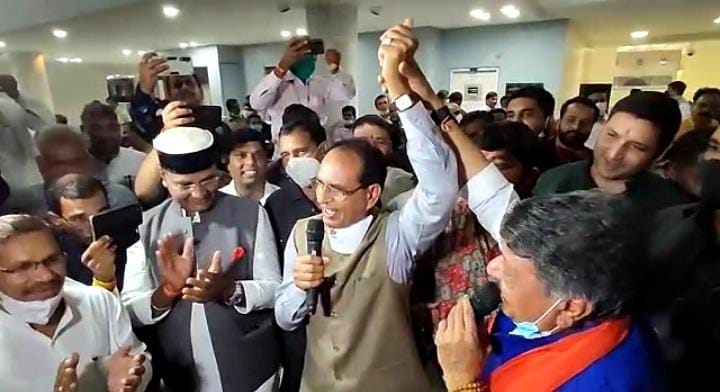 Both the leaders sang famous movie Sholay’s duet song ‘Ye dosti hum nahi todenge’ while holding hands of each other and raising it in air as a symbol of friendship, much to enjoyment of the gathering on the occasion, who included ministers, MLAs, other politicians, journalists etc.

Vijayvargiya is known for organizing ‘Bhutta’ parties every year in Bhopal. Both the leaders are associated with each other having joined BJP as ordinary workers more than three decades back. Vijayavargiya has been a minister too in Chouhan cabinet before he became in charge of BJP affairs in West Bengal.