The children who died were as seven-year-old Raja Adiwasi and six-year-old Prince Adiwasi.
FP News Service 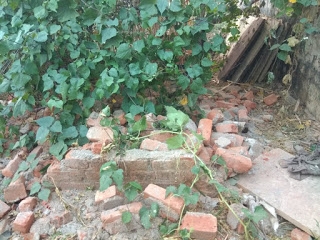 Shivpuri: Two children died and another suffered injuries when one of walls of a lavatory near which they were playing collapsed in Rathkheda village under Pohri police station in the district on Monday.

The lavatory near which the children belonging to tribal community were playing was built on the premises of their house.

The children who died were as seven-year-old Raja Adiwasi and six-year-old Prince Adiwasi.

Congress MLA Suresh Rathkheda belongs to the village where the incident occurred.

After the incident a pall of gloom descended on the village where the Panchayat had built lavatories a few years ago, but the work was of poor quality, which came to light after one of its walls caved in.