Good number of voters reached to the polling station to cast their votes, but some returned empty hand as their names were not in the list.

Junaid Uddin (40) had came to meet his parents living in the area recently, but when he came to know that the civic polls are near and on Wednesday the polling will be done, he cancelled his international flight.

“I took a privilege to vote for my city and for my ward. I cancelled my flight which was scheduled on Wednesday and booked the other flight which is scheduled for Thursday”, he added.

He runs a perfume business in Dubai and lives with her two daughters, son and his wife.

Junaid claimed that a better corporator and mayor will surely change the working of the Bhopal Municipal Corporation. “Our city finds rank in Swacchta ranking, but in real case dumps of garbage are laying in the ward, even the residents had filed the complaint to the CM, but nothing happened”, he alleged.

He also opined, “Hope good days may return back in which we used to live in harmony. In our house all the tenants are Hindu and we are not having any issues”. 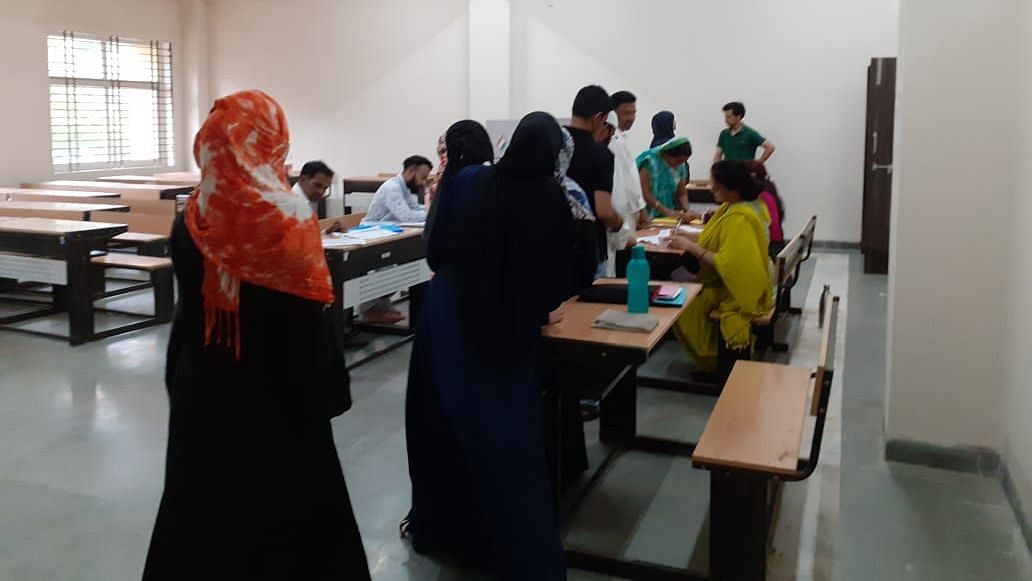 An MBA pass out and student of event management course, Pradhuman Gupta voted to get assistance in daily affairs.

“When we the youngsters votes, we have different ideas and philosophy for different level elections. If a election is related to member of parliament our priority is different, if it is for MLA, it will be different and for corporator it will be totally different”.

‘Not able to vote’

‘The atmosphere in the area’

As many as four polling booths were established in the school premises, people are coming freely to cast their votes. Not many people were seen in the noon time at the polling stations. Police personnel keep on asking people to not to stand without work at the premises and they should leave once they had cast their votes.