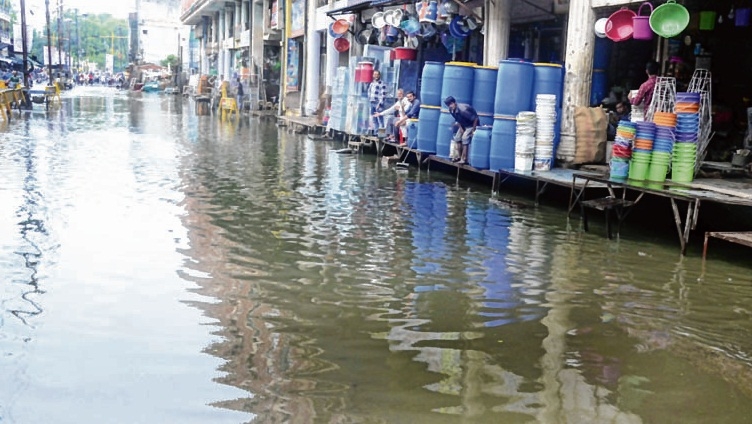 BHOPAL: Bhopal Municipal Corporation (BMC) is yet to permanently fix the issues of water logging in the areas prone to it. A year later after the city witnessed drowning of two minor boys in overflowing nullahs, the authorities are yet to come up with some concrete long-term plan to check repetition of similar mishap this season.

All steps being taken this year by civic body are temporary in nature providing only a brief relief to residents from water logging and inundation. Last year, the civic administration had identified over 50 areas which were prone to flooding during rains.

The authorities did their duty by merely taking up cleaning of nullah in the city, while no other permanent steps have been initiated to ensure reoccurrence of flooding in city this season.

The civic body this year has reserved a few areas in all the zones providing temporary accommodation to people in case their residential areas are flooded after heavy rains.

This season the civic body simply cleaned the silt and garbage from nullah in areas which were identified as highly sensitive, while other nullahs escaped their attention even though they are – which prone to overflowing and flooding during rains.

The authorities failed to formulate a concrete plan to address the recurring issue of flooding and water logging in many areas specially the residential colonies. The steps being taken by civic body is merely temporary in nature and would only provide interim relief.

BMC has made zone-wise preparations and the residents in areas facing severe water logging issue would be relocated to shelters till water is receded in their areas.

The people in areas prone to water logging have been provided emergency numbers of local control room for any emergency. The BMC has also deployed its gang to drain draining out water in case of flooding. Heavy rains witnessed on Monday night had kept the residents in Nehru Nagar area awake all night as rain water had swamped many residential colonies.

Minister PC Sharma and BMC commissioner B Vijay Dutta monitored the relief work till early morning in the affected areas. A few people living in low-lying areas were shifted to safer places.