He had filed an application seeking information about the PMAY about two months back, but the Bairad civic body denied the information.

Shivpuri (Madhya Pradesh): For Right to Information (RTI) activist Makhan Dhakad it was an occasion that he had to celebrate as he was finally getting 9,000 pages of information, which he had sought, after a two-month-long struggle and payment of Rs. 25,000. So elated was he that he reached the local civic body office on a bullock cart amid the beating of drums to collect the documents.

Dhakad, who resides in Bairad town of Shivpuri district in Madhya Pradesh, created a buzz among locals when he reached the municipality office amid pomp to collect the loads of papers containing information about the Pradhan Mantri Awas Yojana (PMAY) that he had sought under the RTI.

A video of his act surfaced on social media.

Talking to reporters, Dhakad said he had filed an application seeking information about the PMAY about two months back, but the Bairad civic body denied the information.

The activist said that he was asked to pay Rs. 25,000 by the civic body, but despite the payment, the information was not provided to him. He then appealed to the higher appellate authority of the Urban Administration Department in Gwalior, which ordered the civic body to provide the information to him.

The RTI activist claimed that he had arranged funds by taking loan from his acquaintances.

"So when I was told that the information I had sought under RTI was ready, I decided to celebrate the occasion by hiring a band and going on the bullock-cart to carry 9,000 pages of information," he said.

He said it took him and his four friends two hours to count the pages.

When asked, Chief Municipal Officer of Bairad Nagar Parishad, J N Para, told PTI that the civic body provided information to Dhakad only after he deposited the fee.

Four employees were assigned the work and it took five days to arrange the photocopies of all the documents asked by the activist, he said. 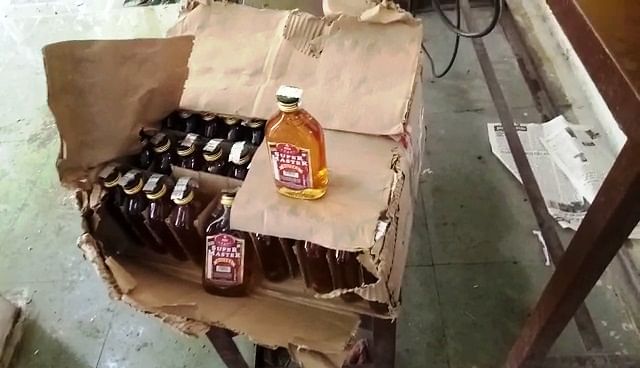 Beware: Cyber crooks on prowl with spoofing apps to fleece