But for EVMs, Congress would not have lost in any circumstance, said the former CM As initial trends in bypolls gave an edge to BJP, the former chief minister Digvijaya Singh blamed ‘selective tampering’ of EVMs responsible for the Congress losing the seats.

‘EVMs are not tamper-proof, and selective tampering is done. There are seats that we would have not lost in any circumstance but we did by thousands of votes, said Singh while addressing the media here on Tuesday.

He said that party will hold a meeting on Wednesday, to analyse the results.

The Congress leader said that since the very beginning, he had been saying that the bypolls were between Loktantra (democracy) and notetantra (money), and the notetantra is seeing winning the elections.

Seeing the Congress candidates trialling on most of the seats, the ex-CM Singh, member of Parliament Vivek Tankha and party leader Kantilal Bhuria , who were closely monitoring the counting process at the PCC, left the office.

Singh said that the chip installed in the EVM is not tamper proof. The ruling party uses the EVM in a selective way, said Singh stating that during 2018 assembly elections in Madhya Pradesh, Rajasthan and Chhattisgarh, Congress won but the seat the party got were less than expected

Claiming that Congress would not have lost in any circumstance in the bypolls, Singh said that party lost Nepanagar, Haatpipaliya and Mandhata seats with margin of thousands of votes, which is impossible in these constituencies. He also accused the government machinery for working in favour of the BJP. The government machinery worked like a ‘BJP election agent in the election, said Singh. 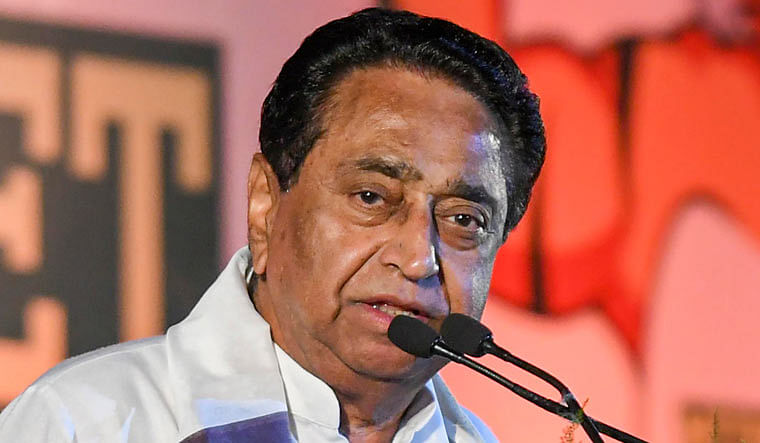