As the legislators were not allowed to enter the Assembly premises with sacks, they dumped the garlic at the gate.

Congress Assembly: Congress MLAs carrying sacks of garlic arrive to stage a protest at Assembly on the first day of Monsoon Session, in Bhopal, Tuesday. | -PTI
Follow us on

Bhopal(Madhya Pradesh): Opposition Congress MLAs carried garlic in gunny sacks on their shoulders while walking some distance up to state legislative assembly premises on Tuesday to lodge their protest on substantial decrease in price of the agriculture produce due to, what they said, government not protecting the farmers.

This was the first day of the Assembly monsoon session on Tuesday. The assembly proceedings were, however, adjourned for the day after passing obituary references on demise of six ex-MLAs, ex-union minister Sukhram, ex-MP Chakradhari Singh, Dwarkapeetha Shankaracharya Swami Swaroopanand Saraswati, martyrs who laid their lives in Jammu & Kashmir and on Bangladesh border, policemen who were killed in an encounter with poachers in Guna district and certain others, during the intervening period of budget and monsoon sessions. Congress MLAs stage a protest by dumping garlic at the gate of Madhya Pradesh Assembly on the first day of Monsoon Session, in Bhopal, Tuesday | PTI

Talking to journalists former agriculture minister Sachin Yadav said, “The state government is not purchasing garlic from farmers and this has resulted in steep fall in the price of the produce.”

He said the government often promised that income of farmers would be doubled but the fact was the farmers were not able to recover even input cost of farming as cost of diesel, petrol, fertiliser and seeds had shot up.

The other MLAs who took part in the protest include Jitu Patwari, PC Sharma, Kunal Chaudhary, Lakhan Yadav and others. 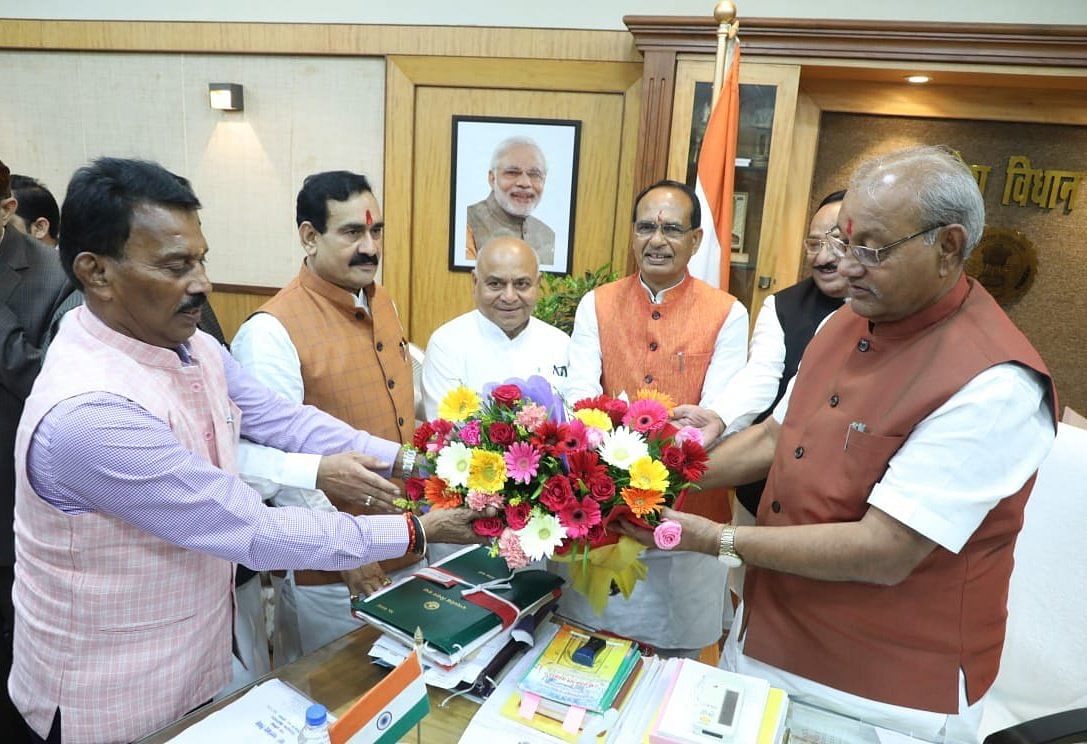