Experts say there would be flammable gas coming out from borewell.
Staff Reporter 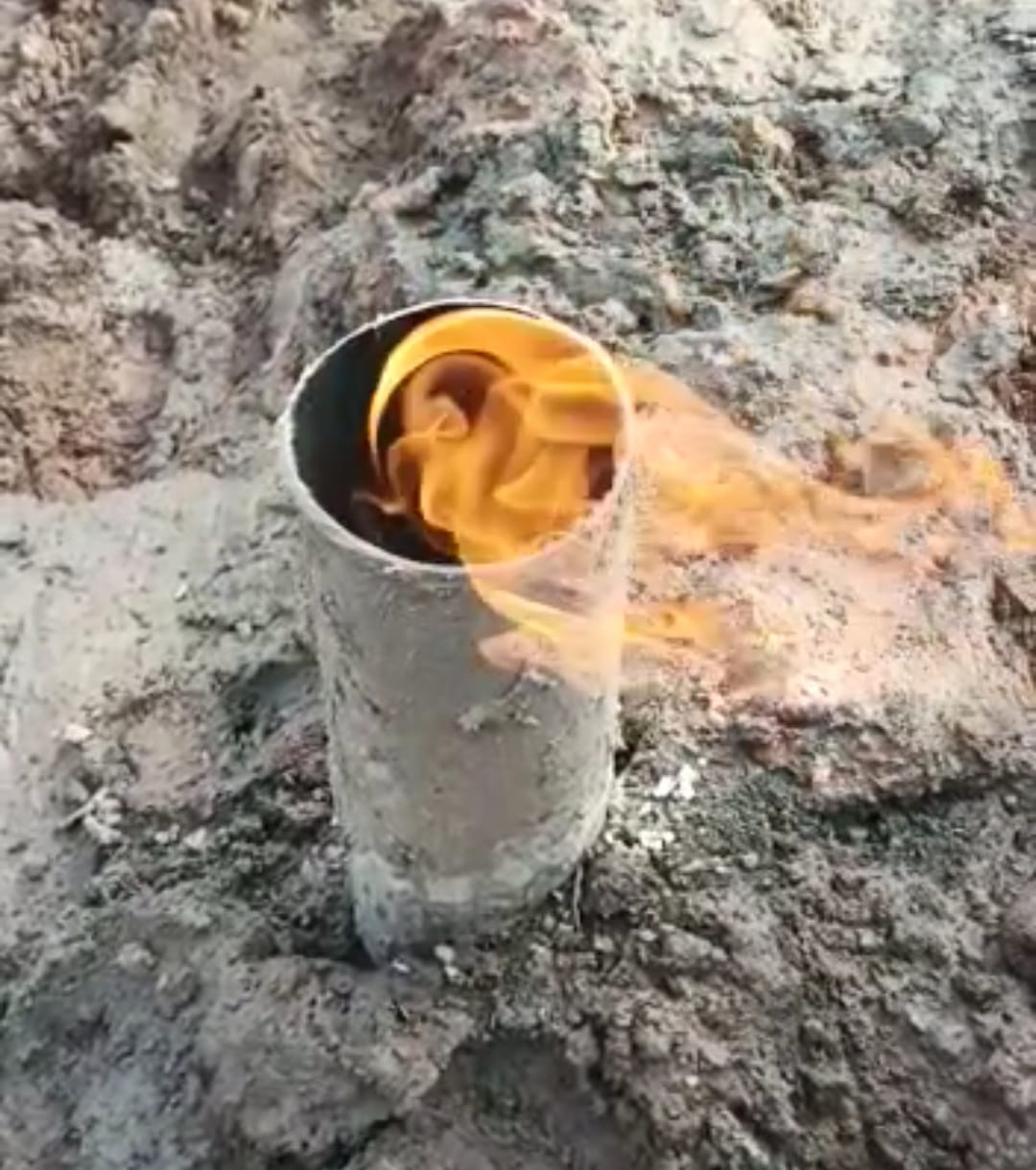 Morena (Madhya Pradesh): The local residents of Bakaspur village in Sabalgarh tehsil of Morena district were taken by surprise on Monday when flames erupted from a borewell.

As the news of flames bursting out from a borewell spread like a wildfire, a large number of people from nearby villages thronged to the village.

On getting information, a team of administration and police rushed to the village and controlled the crowd.

According to reports, a borewell was dug up in front of Vikas Mahaure's house under the Nal-Jal scheme of the government.

Mahaure said that he had earlier planned to get the borewell dug up to 160 metres, but some villagers suggested him to make it to 600 metre.

“All of sudden flames started coming out from the borewell,” Mahaure said, adding that he had not seen such incidents in post.

The experts said that there would be flammable gas inside the borewell. It might be exhausted in the next one or two days, the experts added.