The CM warned anti-social elements to stop persecuting the poor and the weak, or else leave Madhya Pradesh.

Bhopal (Madhya Pradesh): In a stern warning to criminals across the state, Chief Minister Shivraj Singh Chouhan said on Tuesday, “Mama’s bulldozer will not stop until criminals are taught a befitting lesson. Their houses will be razed and will be levelled to the ground.”

“I’ll dig up and raze the goons and anti-social elements’ houses. Mama’s bulldozer has started moving and won’t stop now,” he said while addressing residents of Chandrapura village, in Silvani tehsil of Raisen district, on Tuesday. The CM warned anti-social elements to stop persecuting the poor and the weak, or else leave Madhya Pradesh.

Chouhan visited the house of Raju Dhruve who died during a dispute a couple of days ago, to express condolences on his death. Health minister Dr Prabhuram Choudhary and local MLA Rampal Singh were also present on the occasion.

The CM said, “Every atrocity against the poor and tribals will be stopped forthwith and strict action will be taken against the perpetrators.” He reminded people that once, he had said that he would eliminate dacoits in the state and today, there was not a single dacoit. He said, “My bulldozer is running in the entire state. Be it Seoni, Sheopur, Shahdol or Jaora, the houses of goons and rogues have been razed everywhere.”

The CM assured the tribal community that the entire government and he, himself, was with them. Instructions had been given to officers to strictly stop all kinds of illegal business by conducting searches, he added. He said people affected by the incident could have been given assistance from Bhopal, but “I’ve come to Chandrapura so that the miscreants get warned that they won’t be spared by the government”.

The CM presented an ex gratia cheque of Rs 5 lakh to the deceased’s wife, Maya Bai. He also met Dhruve’s parents and the entire family. He handed over the acceptance letters of two houses under the Pradhan Mantri Awas Yojana to the father and brother of the deceased as assistance. He said the three children of the deceased would be given Rs 2,000 per month and his wife would be linked to self-employment. 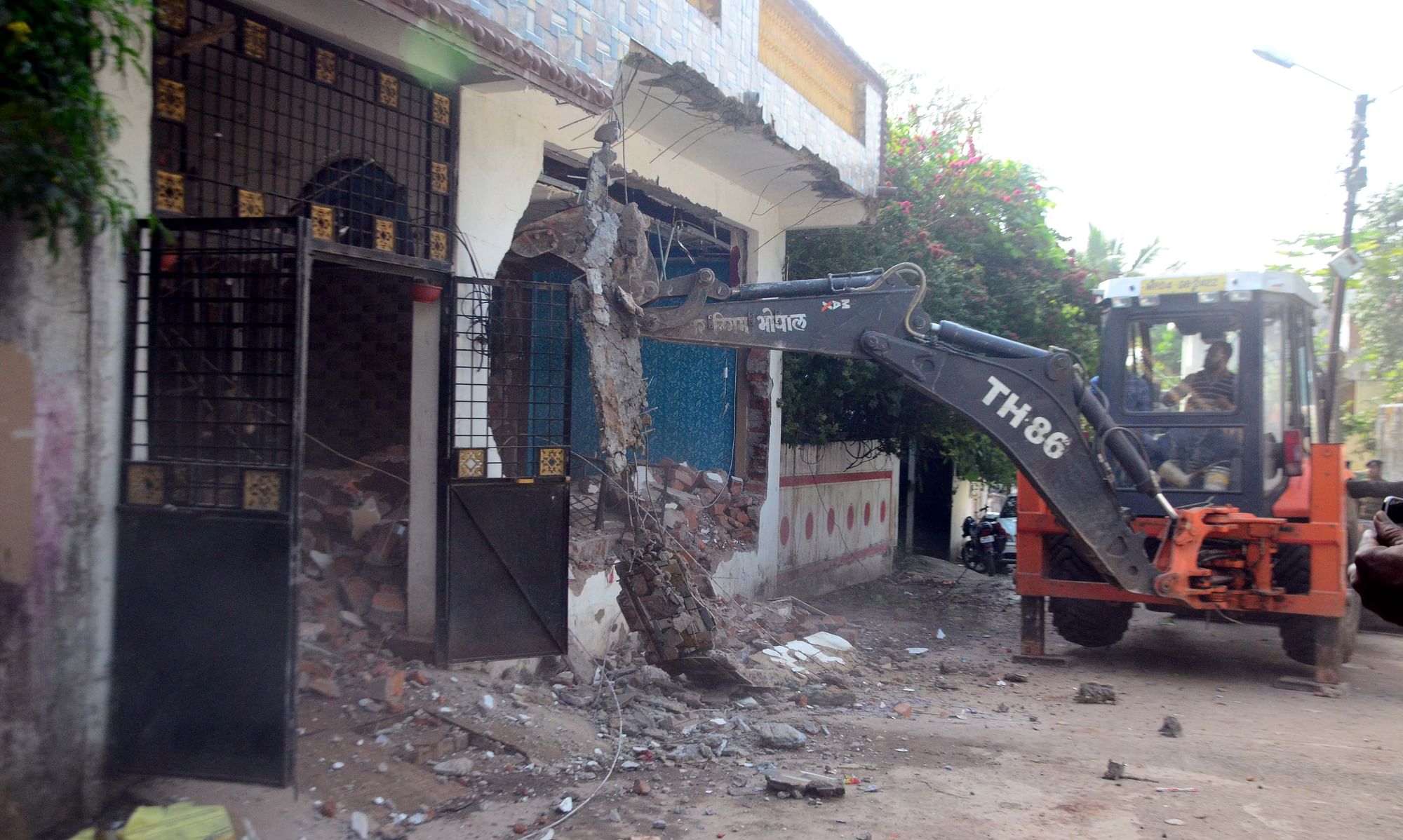