At the end of the show, she won Rs 1.60 lakh; her success has encouraged many people in her village to send their daughters to colleges for higher studies.
Staff Reporter 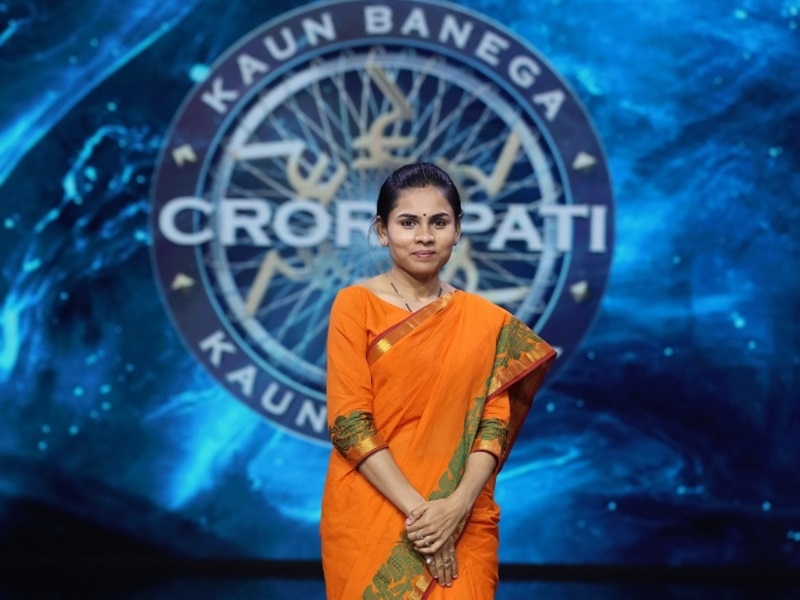 She got the hot seat by answering three questions fast. Bachchan was surprised to hear that Nimisha is a sub-inspector.

Daughter of an ex-service man Ram Prasad, Nimisha, is quiet by nature. Her mother Prabha Devi is a housewife.

It is because of her father’s inspiration that she has joined the police department.

The saga of Nimisha’s success has encouraged many people in her village, Makronia to send their daughters to colleges for higher studies.

Nimisha wants people of her state to educate their girls and take them forward. By the end of the show, Nimisha had won Rs 1.60 lakh.

Sources in the police said that Nimisha trained new recruits.

Nimisha said she wanted to reach the KBC hot seat to inspire young girls. She wants that the girls should go for higher education.

She was joined the police department as sub-inspector in 2015, she said, adding that she had come to Sagar for training, but she got the posting there.

She got spliced in Sagar itself. As she was busy with work she kept away from studies.

Her mother, however, advised her to do something creative, she said. Her parents who watch KBC has asked her to get herself registered in KBC. This is what had made her apply for the show.

She had a call from there on May 22 this year. Initially, she thought that the call was a fake one. The caller’s manner of talking and his way of seeking information made her feel that it was a real one.

After that, there was an offer for interview that took place in Bhopal on June 29. She reached the cherished hot seat of KBC on Wednesday (August 25).

She could not believe that her dreams had come true. She says Bachachan is very witty and extremely friendly.

“I’ve become one of his fans,” she said.

Mimisha said that before asking questions on the show, Bachchan had told as she was a policewoman, he had to ask questions with fear and salute her.

Nimisha is a resident of Udaipura village in Tikamgarh district of Sagar division.

After leaving her village, she studied and joined the police department as a sub-inspector.

She lives in the police quarters in Makronia area in Sagar with her family.

Madhya Pradesh: Three of a family killed as wild elephants go on rampage in Anuppur