The officials of the district administration could not say anything about the time of arrival of the body.
FP News Service 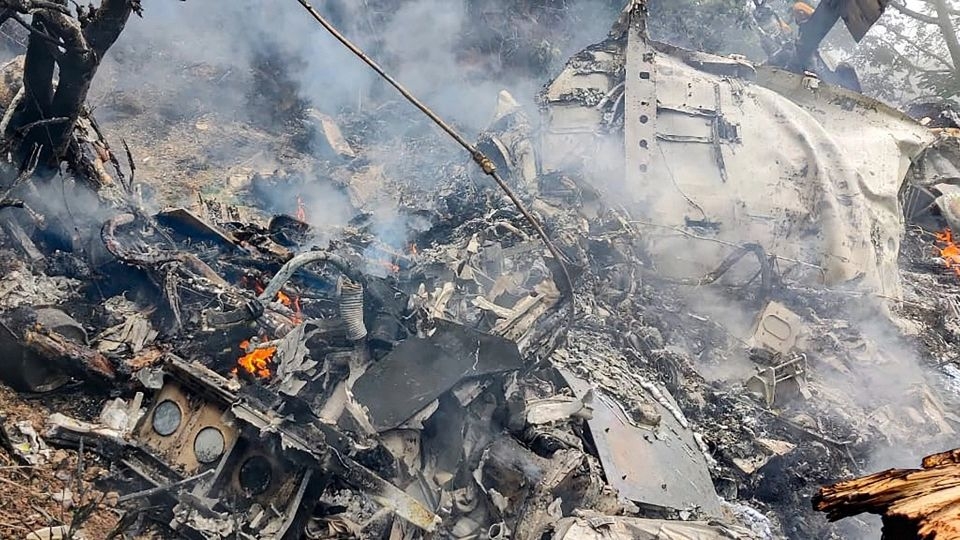 Ichhawar/Sehore (Madhya Pradesh): The body of Jitendra Kumar Verma who lost his life in the helicopter crash in Coonoor area in Tamil Nadu on Wednesday is yet to arrive at his native village Dhamanda in Ichhawar.

Jitentra was on duty with the first Chief of Defence Staff General Bipin Rawat, his wife and ten others who lost their lives in the tragedy.

The family members of Jitendra and the residents of Dhamanda village are still in gloom. They are waiting for the arrival of the body.

The officials of the district administration could not say anything about the time of arrival of the body.

A forensic team of the Indian Army took DNA samples of Jitendra’s mother to identify the body of the brave heart on Thursday.

The family members of Jitendra expected that the body would arrive on Friday, but as the body did not arrive till Saturday evening they were worried, sources said.

Meanwhile, the cremation ground is being cleaned up for the last rites of Jitendra, sources added.

According to reports, the colleagues of Jitendra are identifying his body and, only after that, it will be brought to Dhamanda village for last rites.

Superintendent of police Mayank Awasthi said that the colleagues of Jitendra and one of his close relatives who are in the army would identify the body.

Despite that, if the body is not identified, the DNA sample will be collected again, he said.