Illicit liquor worth Rs 5 lakh, as well as stolen vehicles have been seized from the possession of the arrested accused

Morena (Madhya Pradesh): The Kotwali police of Morena have arrested two men of an inter-state gang on charges of smuggling illicit liquor by converting stolen vehicles into ambulances, the police said on Sunday.

The police added that other accused involved in the crime are at large, to nab whom, a manhunt has been launched.

The Kotwali police officials stated that earlier on November 6, two men rented a four-wheeler from Suresh Singh Sikarwar, a resident of Morena. They made the driver of the vehicle, Narendra Sikarwar, consume heavy quantities of liquor, after which they physically assaulted him and threw him off the car in Badoni village to escape with the vehicle. After this, a complaint was lodged against the duo.

Post this, the police received a tip-off about illicit liquor being smuggled by means of an ambulance on Saturday night on Ambah bypass road. The police sprung into action and traced the ambulance, after which it was searched. During the search, the police found 110 boxes of illicit liquor.

When the driver and his accomplice were questioned, they told the police that they had stolen the ambulance from Gwalior and used to smuggle illicit liquor in various parts of the state, as well as to other states including Haryana, Uttar Pradesh, Rajasthan and Bihar, in which other members of the gang were also involved.

During this, the duo also confessed to stealing Sikarwar’s vehicle and converting it into an ambulance for the purpose of smuggling. The accused were taken into custody and illicit liquor worth Rs 5 lakh, as well as both the vehicles were seized from them.

“Search is on to nab other members of the gang”, the police said. 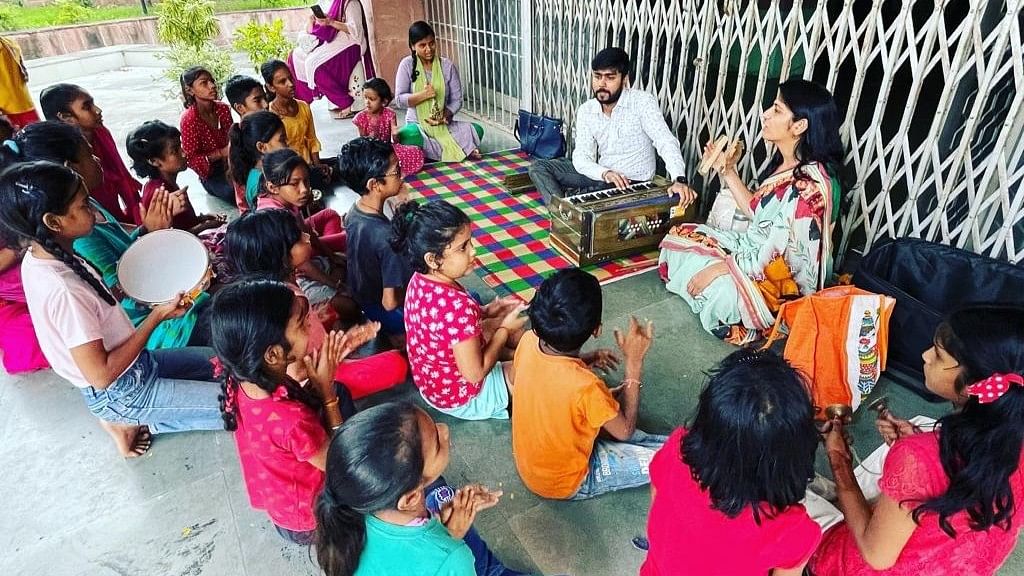