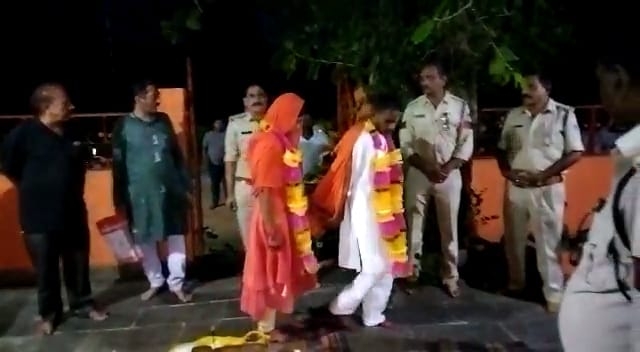 Jabalpur (Madhya Pradesh): Badwara police station on Sunday turned into a wedding venue to bring happiness in the lives of a couple.

Police station in-charge Ankit Mishra asked her to produce her birth certificate. “When we checked her age, she was 18 year old. We also talked to the youth. He was also ready for marriage,” said Ankti Mishra.

The police later summoned the both families to the police station and counseled them. “They later agreed for marriage,” Mishra said.

The girl and youth, however, insisted that their marriage must be organized in presence of police as their parents might deny again.