Several roads to the village areas were shut. The Khurai-Rahatarh road is on the verge of being closed because of the rising water of the Bina river.
FP News Service 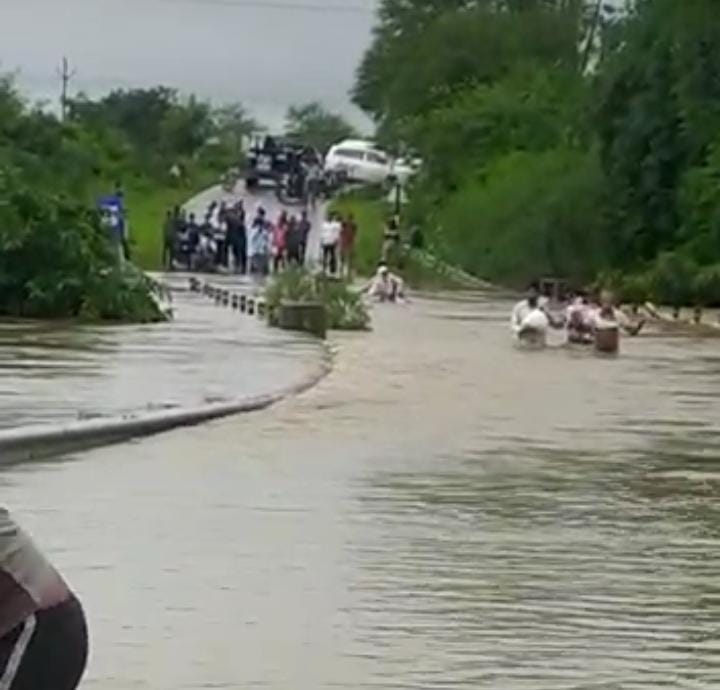 Khurai (Madhya Pradesh): Heavy rain lashed Khurai city in the past 48 hours, increasing the water level of various water bodies in the district, say officials of the district administration.

Several roads to the village areas were shut. The Khurai-Rahatarh road is on the verge of being closed because of the rising water of the Bina river.

As the height of the bridge over the Bina is not much the traffic circulation on it stops in the monsoon.

When Tehsilder Israr Ahmad Khan, town inspector Anup Singh and other officials of the police and of the revenue department were inspecting Dalpatpur ghat of the river they saw many people sitting 200 feet away from the river, as roads were closed.

The Bina river was rising, because of the heavy rainfall the officials said. The weather office said that the district would continue to receive rainfall. The officials further several mud houses collapsed because of heavy rain. The rainwater entered many house in the village. Most of the roads in villages and in cities have turned into puddle. Commuters cannot even walk on those roads.

The residents of Badoli village are facing difficulties because of mud accumulated on the road that leads to Dnahaura village. Khan told Free Press that the Bina river and Naren river were continuously rising, and the roads near the rivers have barricaded.

The officials of Public Works Department, police department and village guards are working round the clock to deal with the situation, he said.

Khan further said that as soon as the water level of the river reduces, the roads will be open to public. Madhya Pradesh: Decision to start tea shop pays off for three friends from Indore, as turnover...