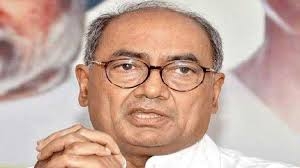 Explaining the damage caused by excessive rain and flood, Singh has also demanded a special relief and rehabilitation package.

Notably, Singh was on a five days visit to flood affected Gwalior Chambal divisions. He visited several villages and interacted with affected people.

In his letter, Singh apprised the union minister that thousands of houses, crops and animals have been washed out in the flood. “Nearly 30 people lost their lives in the flood that hit Sheopur, Shivpuri, Morena, Datia, Bhind and other districts of the region. Crops have completely been damaged. I request you to declare the Gwalior-Chambal region flood as a national disaster and announce a special package for relief and rehabilitation,” Singh wrote in his letter.