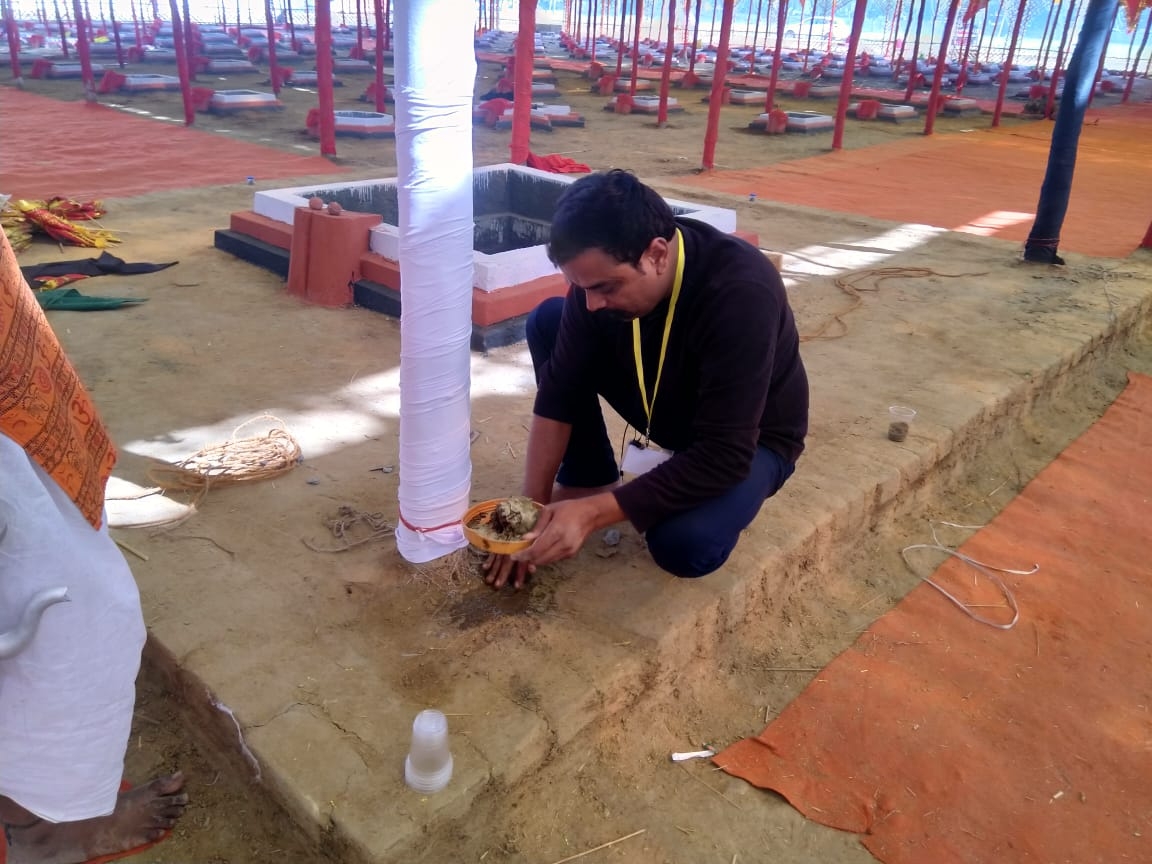 Bhopal (Madhya Pradesh): A young PhD scholar from the city is part of a research project aimed at studying the impact of yajnas on the environment and human beings.

Nitin Tejraj, who is pursuing a PhD in Yoga from the Maharishi Mahesh Yogi Vedic Vishwavidyalaya Jabalpur, is associated with the 30-member team conducting the research as a Junior Research Officer. He is the only research scholar from the state selected for the project.

Tejraj says that Ritanveshi Yogayan Foundation, a Jaipur-based organisation has conducted the study in association with the Kurukshetra University, Haryana and National Institute of Technology (NIT), Kurukshetra, Haryana.

The study is being done on a Lakshyachandi Mahayajna being conducted at Kurukshetra from 22 October to 1 November. The ‘501 Kundiya Yajna’ is being organised by Maa Mokshadayini Ganga Dham Trust. “Ahutis of ghee, herbs, wooden chips of specific trees, sesame, barley etc are performed in the yajnas. As they burn in the fire, the smoke rises and spreads around. “We want to find out whether and how it affects the environment - the air, the soil, the water - and the mental and physical health of human beings,” he says.

Tejraj says that the study will be conducted by measuring the state of air, soil and water in a radius of 2 km from the Yajna site before, during and after the Yajna. “In the first round, we collected samples of soil, air and water before the beginning of the Yajna. Samples have been collected during the Yajna,|” the research scholar says. Another round of sample collection will take place after the event is over. The samples will then be analysed in laboratories to arrive at a conclusion. A questionnaire has been used to study the impact of the yagna on human beings.

If the study is successful, a similar project would be undertaken in Rajasthan. A scientist from Australia is also associated with the project, Tejraj says.