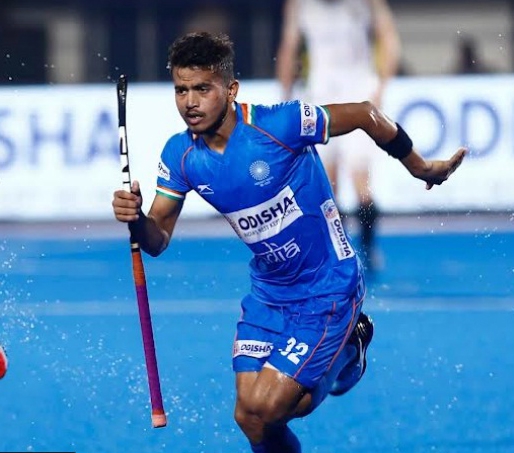 Bhopal: Chief Minister Shivraj Singh Chouhan congratulated Hoshangabad’s hockey player Vivek Sagar for his outstanding performance at the Olympics. In a telephonic conversation with Vivek, the chief minister on Monday wished him luck for his future performances.

Congratulating Sagar for scoring a goal in the match against Argentina that had ensured India's place in the quarterfinals of the Olympics, Chouhan said, “Play and emerge victorious. People of Madhya Pradesh are with you.”

“Congratulations and all the very best to you and the Indian Hockey team for a great performance in the Tokyo Olympics. I am proud of you and have faith that the Indian team will keep succeeding. Play and win. Congratulations from the side of the entire Madhya Pradesh,” official sources quoted Chouhan.

Chouhan has expressed his confidence in Vivek and the entire team that they will keep up their winning streak and bring home a medal.

He said Vivek has made Madhya Pradesh proud by his performance. Vivek had scored the winning goal against the defending champions Argentina during the last two minutes of the game. The team has now reached the semifinals. Indian men's hockey team had scored a comprehensive 3-1 victory over defending champions Argentina in its penultimate pool match in Tokyo on Thursday.