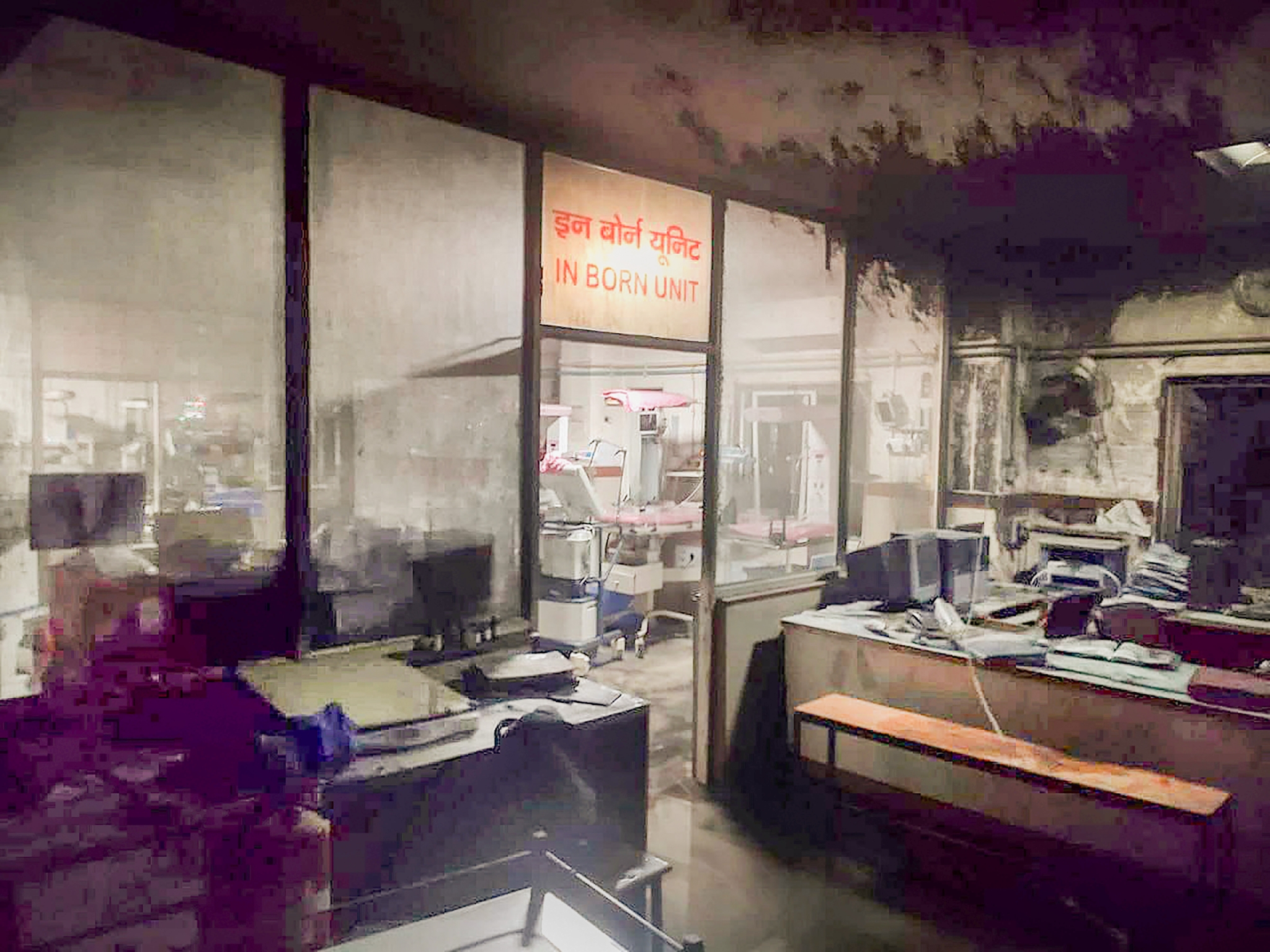 File pic: fire broke out at the special newborn care unit (SNCU) of the Kamla Nehru Children's Hospital in Bhopal on Monday evening. |

BHOPAL: District collector Avinash Lavania, in his inquiry report on Kamla Nehru Hospital fire tragedy, said that the deadly blaze at the special newborn care unit (SNCU) of the Kamla Nehru Children's Hospital started when a ventilator machine was plugged in and sparks flew. Lavania submitted his report on the incident to the state government, as per doctors.

The doctor tried to control the blaze using a fire extinguisher but smoke filled the room and the medicos had to break the window panes, as per the report.

The hospital management, meanwhile, asserted that only four infants died due to the fire at the government hospital on Monday night, and not more.

According to Paediatrics Department head Jyotsna Shrivastava, the fire broke out in SNCU, located on the third floor, at around 8.30 pm on November 8 when the duty doctor and others plugged in an electric socket to start a ventilator.

Ex-medical superintendent and neurologist (Hamidia Hospital) Dr ID Chaurasia said, “Fire broke out from the ventilator plug socket. It was connected to an extension wire.  As the fire spread in the ICU, all plastics articles started melting leading to chaos. The doctors tried to douse the blaze but in vain.”

The major blaze in the special newborn care unit (SNCU) caused the death of four infants while 36 were shifted to other places, the state government said. However, insiders said that a toll has climbed to 16 so far. The government on Wednesday had removed three senior officials, including the dean of the Gandhi Medical College, from their posts and suspended a sub-engineer of the maintenance agency