"The boy was found at the railway station when he was around eight years old. He was brought to our orphanage by police.

Nagpur/Jabalpur: An 18-year-old mentally-challenged man, who had gone missing at the age of eight years from Jabalpur in Madhya Pradesh and started living in Maharashtra's Nagpur, was reunited with his family with the help of his Aadhaar details, an official said on Saturday.

Before he went missing in 2011, his family members had got his Aadhaar registration done, which now helped in tracing them, he said.

The man was handed over to his biological parents on June 30, said Samarth Damle, who looked after him all these years as a family member. Damle used to run an orphanage at Panchsheel Nagar in Nagpur, which closed in 2015.

"The boy was found at the railway station when he was around eight years old. He was brought to our orphanage by the police," Damle told PTI.

"He is mentally-challenged and is unable to speak properly. We named him Aman as he could only utter 'Amma Amma'. He stayed in the orphanage till 2015. But after the facility shut down, Aman had no one to look after him, so we brought him home and since then he had been living with us as a family member. I have one daughter and a son," he added.

Aman was also admitted to a local school and he studied in Class X this year, Damle said. "The school needed his Aadhaar card details. I tried to register his name for Aadhaar, but it used to get rejected due to the biometric issues. After that, I approached the UIDAI office in Nagpur's Mankapur area, where the centre manager found that Aman's Aadhaar registration had already been done and his real name was Mohammed Aamir, which ultimately helped us in tracing his family," he added.

Talking to PTI, centre manager of Aadhaar Seva Kendra in Mankapur, Anil Marathe, said that Damle had approached his office for Aman's Aadhaar registration on June 3.

"We tried to register his name several times, but due to the biometric issues it was not happening. So, with the help of UIDAI's tehnical centre in Bengaluru and the regional office in Mumbai, we were successful in getting his Aadhaar details based on his biometric details," he said.

It was found that his Aadhaar registration had been done in 2011 in Jabalpur and his real name was Mohammed Aamir, he added. "The photos of Aman and Mohammed Aamir also matched," Marathe said.

He said Damle told him that Aman was found at the railway station 10 years back and had been living as his family member.

"So with Damle's consent, I contacted my old friends in Jabalpur, who with the help of locals, found out Aman's real parents living in Hanumantal area of Jabalpur. After that, both the families spoke over phone," he said.

Aamir's parents, who run a food stall in Jabalpur, visited the Damle family in Nagpur and after following all the procedures, he was handed over to them on June 30, Marathe added.

"I feel blessed that I could help in reuniting Aman with his biological parents," he said. Damle said that although it was hard for him and his family to hand over Aman to his parents, they were also happy for their reunion.

"Aman's family members said they were grateful and also told us that we are welcome to meet him anytime," he said. 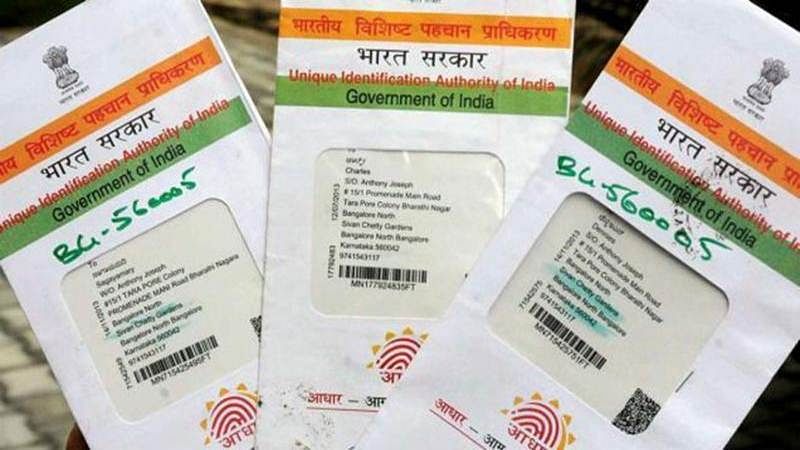