Bhopal (Madhya Pradesh): Burning effigies of Dow Chemicals as protest, organising an all-religion prayer to pay tributes and a cycle rally marked the 38th anniversary of Bhopal gas tragedy on Saturday. From Bhopal to Delhi, gas victims raised the voice for rectification in curative petition filed in Supreme Court.

The survivors of gas leak from Union Carbide Company (UCC) plant on December 3, 1984, staged demonstration at Jantar Mantar in New Delhi on Saturday. They demanded that the government should come out with accurate figures of deaths and health hazards due to disaster.

Bhopal municipal council chairman Kishan Suryavanshi flagged off a cycle rally on the occasion. Nirashrit Pension Bhogi Morcha (destitute pensioners) president Balkrishna Namdev said that government did nothing for the welfare of gas victims. They torched the effigy of Warren Anderson at Neelam Park.

Chief Minister Shivraj Singh Chouhan held a prayer meet with the leaders of different religions to pay tributes to the victims. “Mistake and carelessness of Union Carbide Company caused an unforgettable disaster that claimed human lives on a large scale,” he said.

He laid stress on maintaining a balance between development and environment. The all-religion meet was held at Barkatullah Bhawan where the participants observed a two-minute silence in remembrance of the victims.

"If a life is lost due to human mistake, it is tragic. The mistake, negligence and carelessness of UCC caused loss of human lives," Chouhan said. The tragedy that took place 38 years ago is unforgettable, he added, according to a government statement. 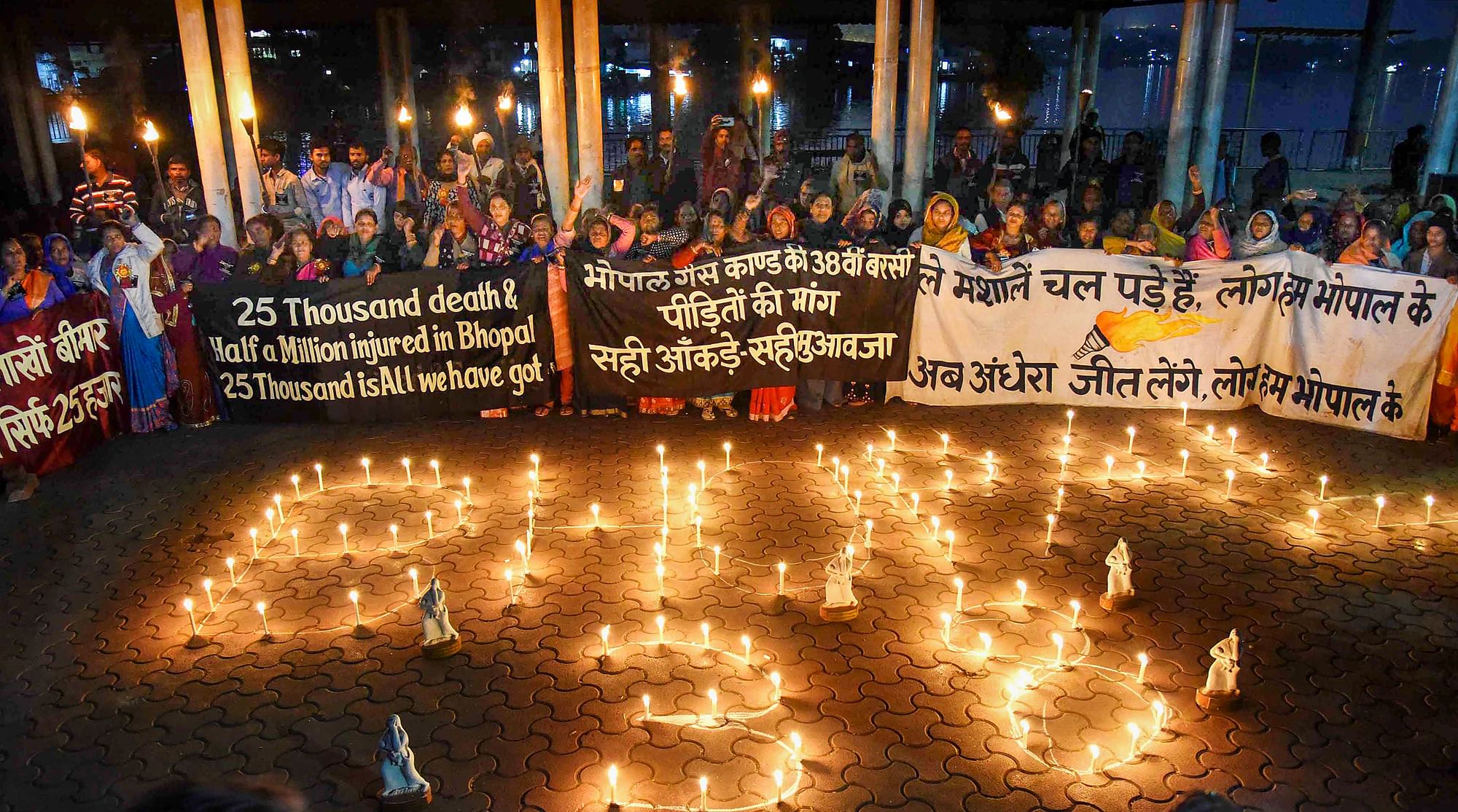 Bhopal: ‘Speak positive words, no matter how negative situation is’