‘So privileged are Bhopal roads, thanks to CM’s decision on them. Hope that CM would see roads of other parts of state as well," said the BJP leader
Staff Reporter 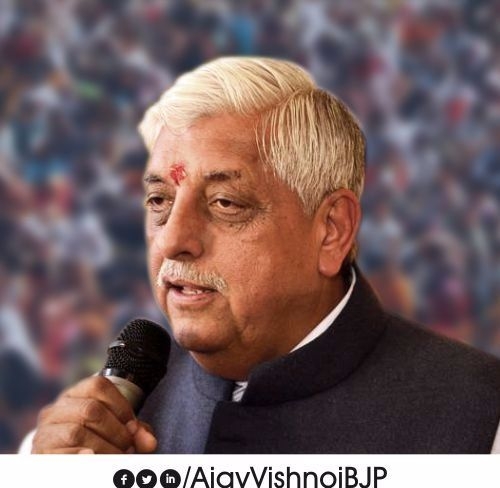 BHOPAL : Former minister and senior BJP MLA from Patan in Jabalpur Ajay Vishnoi has targeted the BJP government in the state once again, this time on bad roads in and around his constituency.

Vishnoi tweeted, ‘So privileged are Bhopal roads, thanks to CM’s decision on them. Hope that the CM will see roads of other parts of the state as well.’

CM Chouhan had reprimanded the officials at mantralaya on Friday during his review meeting on the bad condition of roads in the state capital. Chouhan had also instructed that construction agency Capital Project Administration be closed with immediate effect.

Vishnoi has been quite vocal in drawing the attention of CM Chouhan on various issues.

In January this year he had asked the CM to appoint minister in-charge of districts. Earlier, too, Vishnoi had expressed his displeasure with the BJP many times. After two MLAs were recently inducted into the state cabinet, Vishnoi had indirectly accused the government of neglecting the Mahakaushal and Vindhya regions.

He had also raised the issue of inflated electricity bills and erratic power supply because of which there is too much discontentment among the farmers.

However, the state BJP spokesperson Dr Hitesh Bajpai said, “The CM is repeatedly issuing instructions to officials to take care of roads in the entire state. Only recently he visited flood affected areas in Gwalior-Chambal region and personally monitored the relief and rehabilitation measures including rebuilding of the infrastructure.” Madhya Pradesh: Be prepared! Ash was warned of bumpy ride before she accepted invite to Datia