Medical Education Minister Vishwas Sarang conducted the trial to see whether the bridge can bear the load of traffic.
Staff Reporter 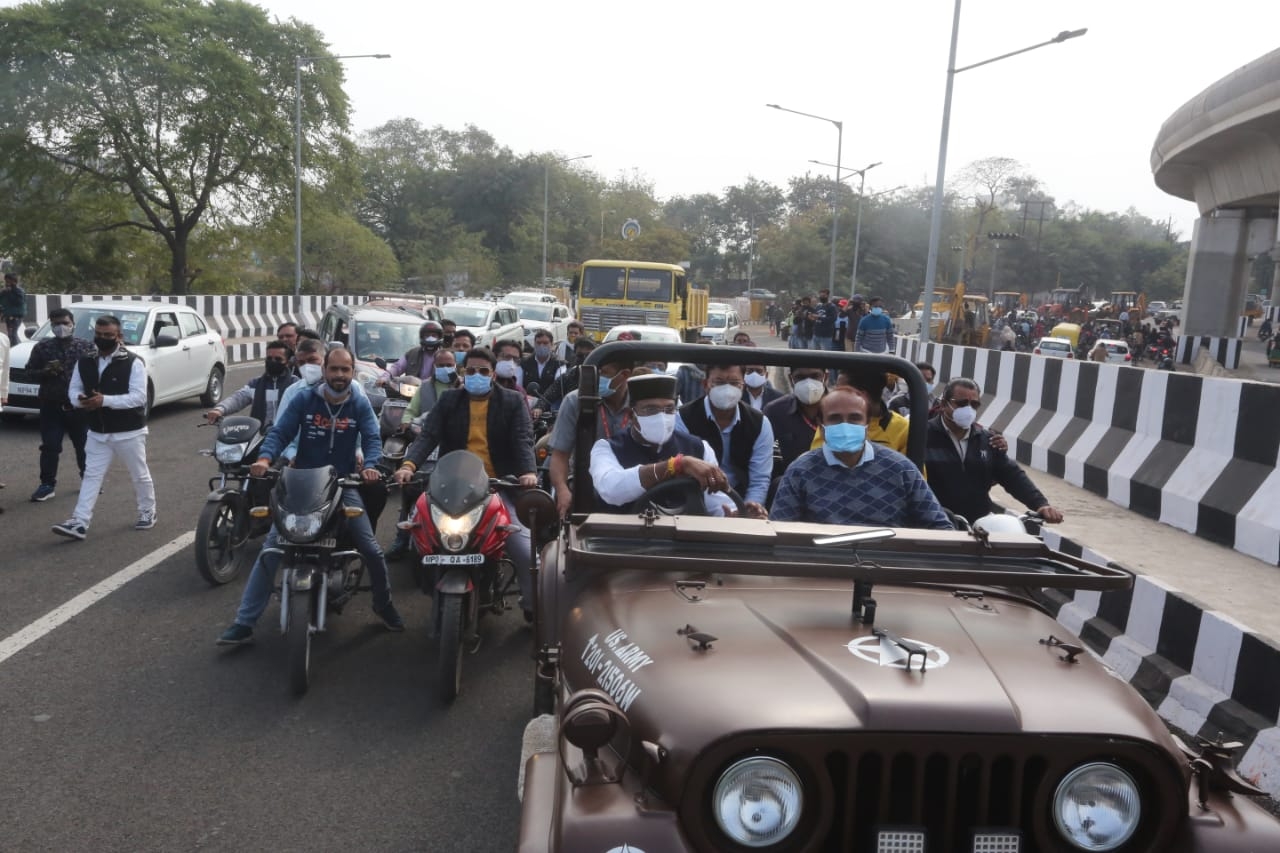 Bhopal (Madhya Pradesh): A trial of traffic movement on a newly built Nagar Railway Over-bridge (ROB) at Subhash Nagar area in the city was held on Wednesday.

Medical Education Minister Vishwas Sarang conducted the trial to see whether the bridge can bear the load of traffic. He drove a four-wheeler from both sides of the bridge.

Besides, heavy vehicles including JCB, loaded trucks and dumpers, bikes and other vehicles were also made to pass the bridge.

According to reports, the 690 metres long bridge which has been constructed at the cost of Rs 40 crore will be inaugurated by Chief Minister Shivraj Singh Chouhan on January 23.

As the bridge has been opened for trial of vehicle movement, a joint team of traffic police and Municipal Corporation would conduct a study to know if more approach roads, rotaries, wall and others are required.

Minister Sarang told journalists that there were requirements of a rotary and wall to make vehicular movement smoothly. “All necessary changes will be completed before inauguration,” he said.