The man along with his accomplice, a tea stall owner, broke into a coaching center and made away with computers worth Rs 1.50 lakh

Bhopal(Madhya Pradesh): To fulfil his son’s demand for a computer, a paan shop owner broke into a coaching center and made away with computers worth Rs 1.50 lakh, one of which he later gifted to his son. Avadhpuri police have arrested the paan shop owner Rajendra Tiwari (38) and his accomplice for the burglary.

Police station in-charge Shivraj Singh Chouhan told media a coaching centre director Pratyush Yadav on Saturday filed a complaint that someone had broken into his centre and made away with computers worth Rs 1.50 lakh. The police registered a case under Section 457 and 380 of IPC and started the investigations. During investigation, police came to know that

two persons had put a few computers for sale at Jhawhar Nagar. Police reached the spot and questioned the duo- identified as Rajendra Tiwari (38) the paan shop owner and Siyaram Kushwaha (30) who runs a tea stall near the coaching centre.

A few days back, Rajendra’s son had demanded a computer from his father for his studies but since he couldn’t afford it he along with his friend Kushwaha decided to steal it from a coaching centre.

The police have also seized all the computers, also the one Rajendra had gifted to his son. The duo has been arrested.

Read Also
Bhopal: No proposal under consideration to give eggs to children in Bal Grah, says HM Narottam... 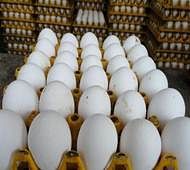