About 2.45 lakh candidates have registered to appear in exams at 16 centers in Bhopal.
Staff Reporter 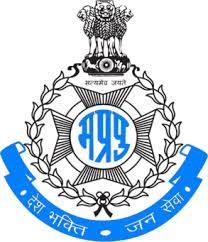 Bhopal (Madhya Pradesh): Over 6000 candidates appeared to write exam on the first day on Saturday in Bhopal for recruitment of constables in state police. The exams will continue till February 17 across the state, said officials.

Bad weather played spoilsport for some candidates coming from nearby areas to appear in the exam. They reached late at the exam centers but were allowed to sit in the exam.

There are over 16 exam centers in Bhopal for the recruitment test being organized by the Professional Examination Board (PEB). These exams are being organized in two shifts- first shift starts at 10AM while the second shift is from 3PM.

About 2.45 lakh candidates have registered to appear in exams at 16 centers in Bhopal.